An electrostatic precipitator (ESP) removes particles from a gas stream by using electrical energy to charge particles either positively or negatively. The charged particles are then attracted to collector plates carrying the opposite charge. The collected particles may be removed from the collector plates as dry material (dry ESPs), or they may be washed from the plates with water (wet ESPs). ESPs are capable of collection efficiencies greater than 99 percent.

An ESP is primarily made up of the following four components: gas distribution plates, discharge electrodes, collection surfaces (either plates or pipes) and rappers. The gas distribution plates consist of several perforated plates which help maintain proper flow distribution of the entering gas stream. The discharge electrodes are divided into fields. Most ESPs have three or four fields in series; however, very large units may have as many as fourteen fields in series. Discharge electrodes are energized by a single transformer-rectifier (T-R) set power supply. The energized electrodes create ions that collide with the particles and apply the electrical charge to the particles contained in the incoming gas stream. The collection plates or pipes provide the collection surfaces for the charged particulate matter. The rapping system is responsible for removing the collected particulate matter from the collection surfaces.

ESP performance can be affected by particle resistivity. Particle resistivity is the property that influences the deposition and removal of particles from the collection plates. The desirable situation is to have particles that conduct away some of their charge once they reach the plate, so that the deposition of other particles is not inhibited, but retain enough of their charge to lightly hold them to the plate. The characteristic is termed moderate resistivity. If the particles have very high resistivity, they are slow to conduct away their charge, causing a negative charge to build up on the plates that inhibit other particles from depositing. If the particles have very low resistivity, they rapidly lose their charge when reaching the plate and pick up the charge of the plate, causing them to be repelled back into the gas stream where they are recharged negatively.

For more information, see the box More About Electrostatic Precipitators.

The primary indicators of the performance of ESPs are the particulate matter outlet concentration, which can be measured with a particulate matter continuous emissions monitoring system (CEMS), opacity, secondary corona power, secondary voltage (voltage across the electrodes), and secondary current (current to the electrodes). Other indicators of performance are the spark rate, primary current, primary voltage, inlet gas temperature, gas flow rate, rapper operation, and number of fields in operation.

The Compliance Assurance Monitoring (CAM) Technical Guidance Document (TGD) is a source of information on monitoring approaches for different types of control devices. Specific information provided in the CAM TGD related to ESPs include example CAM submittals based on case studies of actual facilities.

For more information, see the box Monitoring and the CAM Rule.

Specific tools have been developed to estimate ESP costs when used to control particulate matter from coal-fired power plants and coal-fired utility boilers.

As indicated above in the monitoring section, indicators of ESP performance include the particulate matter outlet concentration, which can be measured with a particulate matter CEMS. Costs associated with purchasing and installing a CEMS can be estimated using the EPA CEMS Cost Model Version 3.0.

For more information, see the box More About Electrostatic Precipitators and Costs

*EPA is currently updating the Control Cost Manual. The most recent versions are available on the Economic and Cost Analysis for Air Pollution Regulations website. 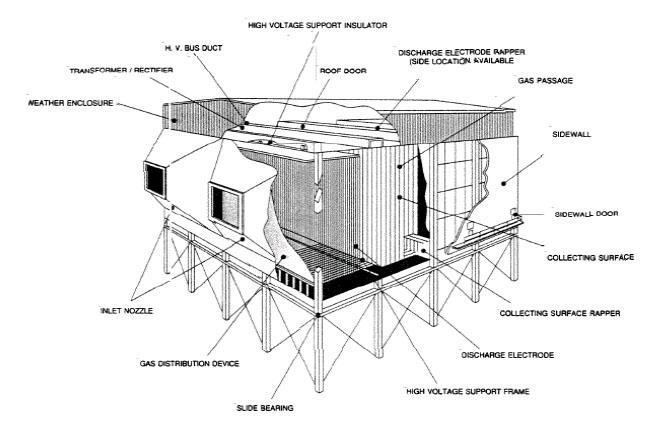 Monitoring and the CAM Rule 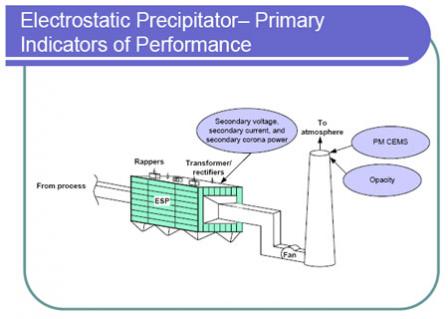 More About Electrostatic Precipitators and Cost