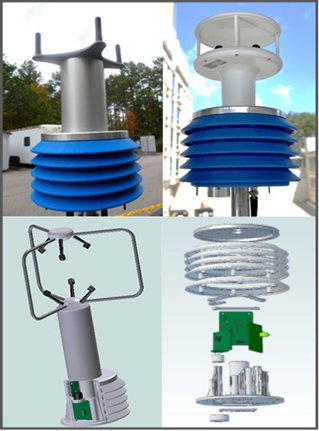 Spod fenceline sensor systemIndustrial facilities, regulators and nearby communities have a mutual interest in the effective detection of fugitive emissions of volatile organic and odiferous compounds.   If unanticipated emissions that require mitigation can be found and fixed in a timely manner, benefits such as lower air shed impacts, safer working environments, cost savings through reduced project loss, and improved community relations can be realized.

Under its Next Generation Emission Measurement (NGEM) program, EPA is working to develop new sensor and modeling approaches that can assist facilities in detection and mitigation of fugitive air pollution sources from facility leaks and operation malfunctions.

To help advance NGEM research, EPA and the Louisville Metro Air Pollution Control District (LMAPCD) are working together on a research project to demonstrate NGEM approaches near facilities in the Rubbertown industrial district of Louisville, KY.

The area has faced challenges related to the control of ozone and exposure of pollutants to local communities.  LMAPCD has made extensive efforts to control air toxics, including ozone precursors, in the area.  Despite these efforts, fugitive emissions still remain a source of concern from both an air quality agency and a community perspective.  These potential air quality challenges, and the close physical proximity of industrial sources ideal for studying NGEM technologies made the Rubbertown industrial district an ideal location for this research.

The project team will conduct a year-long demonstration field study of select NGEM technology prototypes developed by EPA researchers. The study will start in in August 2017.

The project seeks to

Because this is a limited-scope project using prototype equipment, the data generated are not intended for use in exposure assessments or as part of compliance-related activities. Instead, the data generated are intended for use in evaluating and improving NGEM approaches which, in the future, may benefit communities, industrial facilities, and regulators in minimizing emissions and protecting public health.