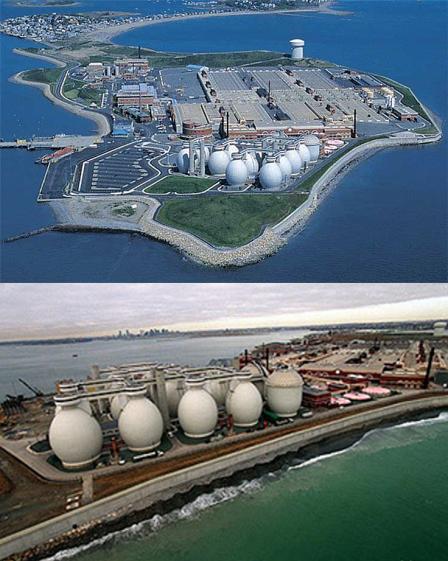 MWRA’s decision to raise portions of the plant avoided extensive costs associated with building a seawall and covered the projected vulnerability over the planned life of the facility (through 2050). MWRA considers the vulnerability of its facilities on an on-going basis using current information to assess the effectiveness of its climate adaptation actions.

The Deer Island adaptation action has been re-evaluated for effectiveness within the city’s Comprehensive Adaptation Plan (“Climate Ready Boston", 2013). This review used a community non-profit’s sea level rise study and concluded that MWRA’s decision to raise Deer Island is likely to be sufficient to avoid inundation of the facility over the next century.

Sea-level rise is only one impact from climate change. Climate projections are typically best considered as a range of likely impacts based on best available science. To see how a community conducted their own vulnerability analysis to sea-level rise, not relying on external analyses, view Manchester-by-the-Sea. Retrofitting is not the only adaptation strategy for utilities dealing with projected increased flooding, two other strategies utilities can consider are building a wall to protect facilities from higher water levels (DC Blue Plains) and decommissioning flood-prone facilities (Iowa City, IA) decommissioned a highly flood-prone wastewater facility. For more on how Boston is adapting to climate change, view Climate Ready Boston.