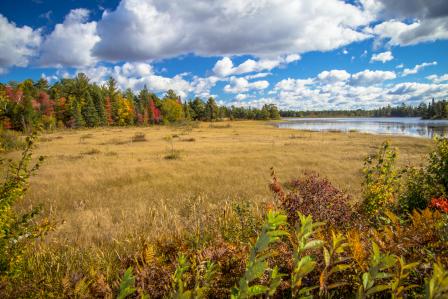 Climate changes such as sea level rise and drought can threaten ecosystem protection efforts, including the protection of wetlands and aquatic life.

Sea-level rise, drought, and wildfires can all contribute to displacing wetlands. Climate changes in combination with other stressors, such as land development, may further exacerbate loss of wetlands.