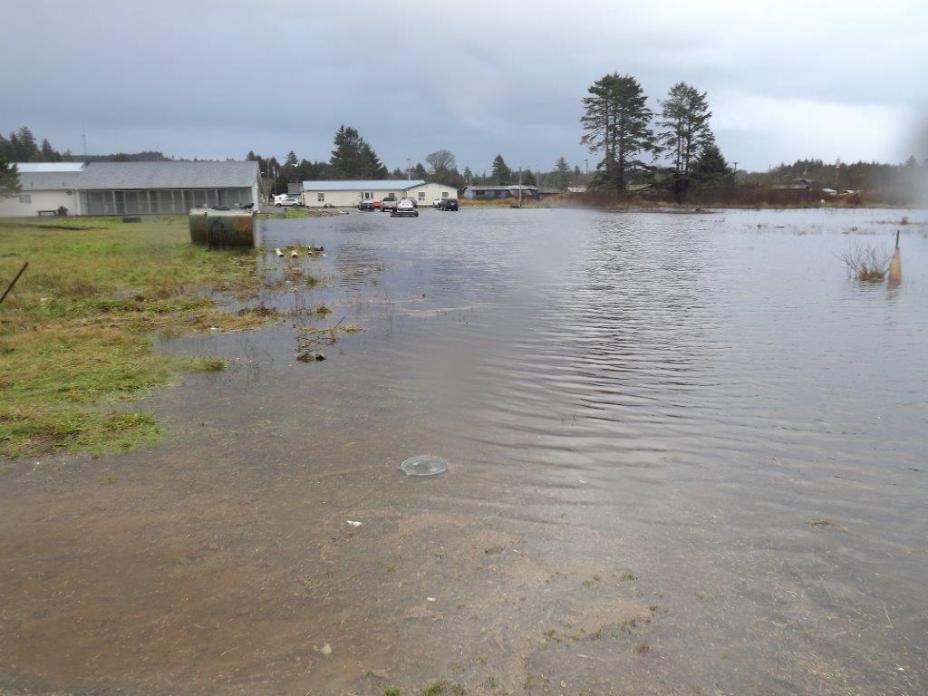 The Quinault Indian Nation village of Taholah is located within Washington State at the confluence of the Quinault River and the Pacific Ocean. Taholah is particularly vulnerable to sea level rise, storm surge, and river flooding – all of which are expected to worsen with climate change. The village is also concerned with the potential threat of tsunamis (which has not been scientifically connected to climate change). The village’s vulnerability was highlighted in early 2014 and again in 2015 when storm surge and intense rains caused flooding, landslides, and culvert failures in the lower-laying areas of the village.

To better understand its risk into the future, the Nation conducted a vulnerability assessment with the assistance of an Social and Economic Development Strategies grant from the Administration for Native Americans. The resulting plan – which is incorporating numerous community discussions and forums - centers on relocating 650 residents and vulnerable community facilities a half-mile away from the existing village. The new village will be in a location well above the tsunami and flood zones.

The relocation plan, if implemented, prepares the village to be resilient to anticipated climate change impacts such as storm surge and sea level rise as well as protecting the village from tsunamis; the expected inundation area from a 40-foot wave matches or exceeds the anticipated threat from storm surge and sea level rise resulting from climate change.

Two additional points are worth noting. First, the Nation considered climate (sea level rise, storm surge, and river flooding) and non-climate (tsunami) risks together in determining its vulnerability and adaptation options. Second, the Nation used a tsunami threat standard and FEMA’s 1-in-100 year flood zone as the basis for selecting its tsunami risk and climate vulnerability adaptation strategy (rather than conducting a separate climate adaptation analysis).