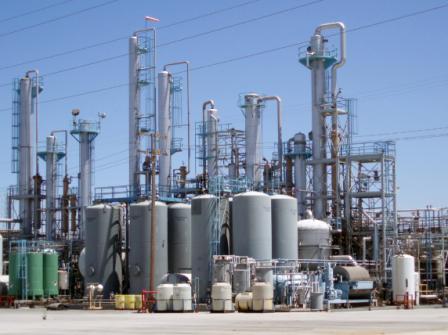 Romic operated the 12.6-acre facility from approximately 1964 to 2007. Historical facility operations included solvent recycling, fuel blending, wastewater treatment, and hazardous waste storage and treatment. Soil and groundwater beneath the site became contaminated as a result of Romic's past operations and those of its predecessor companies dating back to the 1950s. The primary contaminants in the soil and groundwater are volatile organic compounds (VOCs). Typical VOCs found at Romic are solvents used in the dry cleaning and automotive industries. Groundwater contamination extends across most of the site to a depth of at least 80 feet below ground surface. The groundwater is not a drinking water source.

Remedy Decision for Soil and Groundwater

The biological treatment uses a groundwater recirculation system with horizontal injection wells and a substrate that is mostly sugar. The substrate acts as a food source for the natural bacteria that live in the subsurface. These bacteria break down the solvents into less toxic end-products. The horizontal injection wells, which are over 200 feet long, are used to deliver the substrate into the subsurface. These wells are better able to accurately target contaminated zones and can treat a larger area than standard vertical well points. Other parts of the selected remedy include excavation and removal of contaminated soils, groundwater and surface water monitoring, maintenance of the existing site cover, monitored natural attenuation, financial assurance, and land-use restrictions. 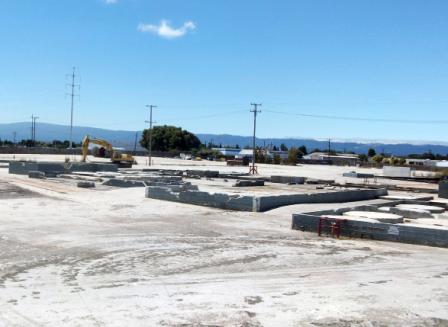 Bay Road Holdings Former Romic Site in 2017 | Click image to enlargeEPA’s selected remedy is designed to allow for flexibility during redevelopment, such as allowing the cleanup to proceed underground at the same time construction is happening on the surface. This is possible because the horizontal injection wells and the biological treatment system can operate independently and not interfere with the redevelopment construction. Approximately 40% of the full scale biological treatment system was constructed and underwent testing in 2017. The full-scale treatment system is expected to be in operation by 2020.

EPA's approach emphasizes that closure, clean-up and reuse are complementary goals. Consideration of anticipated property reuse is an integral part of the EPA's clean-up decisions. The community of East Palo Alto may benefit from redevelopment which could generate new business for the community and additional revenues for the city, while at the same time resulting in a cleaner environment.

If you have any questions or would like to make an appointment to see the records, contact the Project Manager, Ronald Leach (leach.ronald@epa.gov) at (415) 972-3362.

Top of Page
If you experience a problem reading a document with assistive technology, please contact us.
You may need a PDF reader to view some of the files on this page. See EPA’s About PDF page to learn more.