On July 29, 2020, EPA issued a permit to Chemical Waste Management Inc. for the storage, treatment, and disposal of polychlorinated biphenyl (PCB) waste at the Kettleman Hills Facility (KHF or Facility). EPA has determined that the Facility’s PCB operations as allowed by the permit will not pose an unreasonable risk of injury to health or the environment.

The final permit, supporting determination and analyses including the Environmental Justice Analysis, and response to comment document are available under Related Documents. 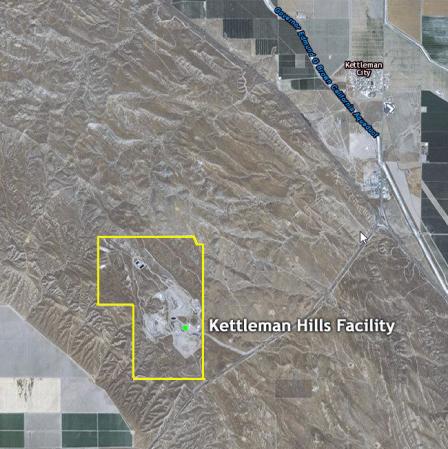 Disposal operations at KHF started in 1975 under a permit to dispose of oilfield wastes issued to the McKay Trucking Company by Kings County. KHF became a hazardous waste disposal site in 1977 after McKay Trucking, renamed Environmental Disposal Services Inc., expanded the facility's size and operations. CWM acquired the site in 1979 and subsequently obtained permits from California to treat, store, and dispose of hazardous waste and EPA to treat, store, and dispose of PCB waste.

KHF also operates under a Resource Conservation and Recovery Act (RCRA) permit issued by the California Department of Toxic Substances Control (DTSC) in 2003. DTSC modified the RCRA permit in 2014 to allow for the construction and operation of Landfill B-18 Phase III. Phase III has been constructed and is currently accepting hazardous waste. KHF submitted an application to renew its RCRA permit which DTSC is currently reviewing. More information on the RCRA permit and renewal application is available on DTSC's Envirostor website Exit.

In addition to EPA and DTSC permits, KHF is also regulated by the California Department of Resources Recycling and Recovery, Central Valley Regional Water Quality Control Board, Kings County, and San Joaquin Valley Air Pollution Control District. The types of permits and links to other agencies are in the table below.

Key documents identified in the Administrative Record are available for review at www.regulations.gov under Docket ID: EPA-R09-RCRA-2019-0088 and at the Kettleman City Library.

Availability of final permit documents at the public repository may be delayed due to COVID-19 related restrictions.