Wastewater Out Front in Bay Restoration

Clean Water Act programs administered by EPA and the delegated states have played a central role in the success of the wastewater sector in effectively meeting nutrient limits in the Chesapeake Bay “pollution diet” a decade early.

Upgrades and operational efficiencies at wastewater treatment plants throughout the Bay watershed have led to steep reductions in nitrogen and phosphorus pollution and put the sector at the forefront of efforts to restore the Bay and local waters.

Since 1985, the wastewater sector has cumulatively prevented more than 900 million pounds of nutrient pollution from entering the Bay’s tributaries – reducing nitrogen to the Bay by 57 percent and phosphorus by 75 percent.

EPA Clean Water Act funding, regulations and permitting approaches have been instrumental in the sector’s progress.

Wastewater treatment plants in the Bay watershed have received more than $3 billion from EPA’s Clean Water State Revolving Fund alone for upgrades since 2009.

These investments and others were largely triggered by a 2004 Nutrient Permitting Approach Exit issued by the EPA Mid-Atlantic Region that called for placing enforceable Clean Water Act limits on pollution from wastewater treatment plants in the six Bay watershed states and the District of Columbia. A total of 472 significant wastewater treatment facilities across the watershed are the subject of this consistent implementation approach.

Since the Bay TMDL was established in December 2010, the wastewater sector has cut nitrogen levels from 52 million pounds to 38 million pounds annually. The reduction far exceeds the 2017 interim pollution goal for the sector under the TMDL, and at present, effectively meets the 2025 Bay TMDL target of 38 million pounds, according to Chesapeake Bay Program analysis.

Local streams, rivers, lakes and the Bay itself are benefitting from what is acknowledged to be the largest and most successful program in the nation to reduce nitrogen and phosphorus pollutant loads from wastewater treatment plants. See the EPA Fact Sheet for local stories of progress associated with the point source load reductions. 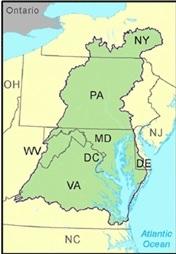 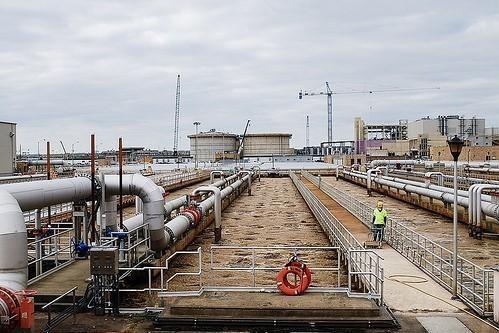