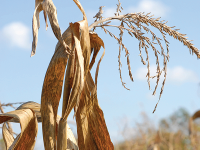 Climate change-related impacts on temperature and precipitation are expected to alter the location, frequency, and intensity of droughts in the U.S., with potentially devastating socioeconomic and ecological consequences.16 Already, many U.S. regions face increasing water management challenges associated with drought, such as disruptions in navigation and water shortages for irrigation. In recent decades, recurring droughts across the West and Southeast have had significant socioeconomic and ecological impacts.17

Without global GHG mitigation, climate change threatens to increase the number of droughts in certain regions of the U.S. The CIRA analysis uses multiple climate projections, each with unique patterns of regional change, to estimate the change in the number of SPI and PDSI droughts (see Approach for descriptions).18 As discussed in the Methods of Analysis section, the IGSM-CAM projects a relatively wetter future for most of the contiguous U.S., while the MIROC model projects a drier future. Figure 1 shows that, although the climate models estimate different outcomes with respect to drought risk for the central and eastern U.S., they both project that the Southwest will experience pronounced increases in both SPI and PDSI drought months. Some areas of the country that are projected to experience increases in drought by 2100 are also projected to experience higher flooding damages (see the Inland Flooding section). This finding should not be interpreted as a conflicting result, and is consistent with the conclusions of the assessment literature,19 which describe the drivers of these changes as more intense yet less frequent precipitation, and increases in evaporation due to higher temperatures.20

Figure 1. Effects of Unmitigated Climate Change on Drought Risk by 2100 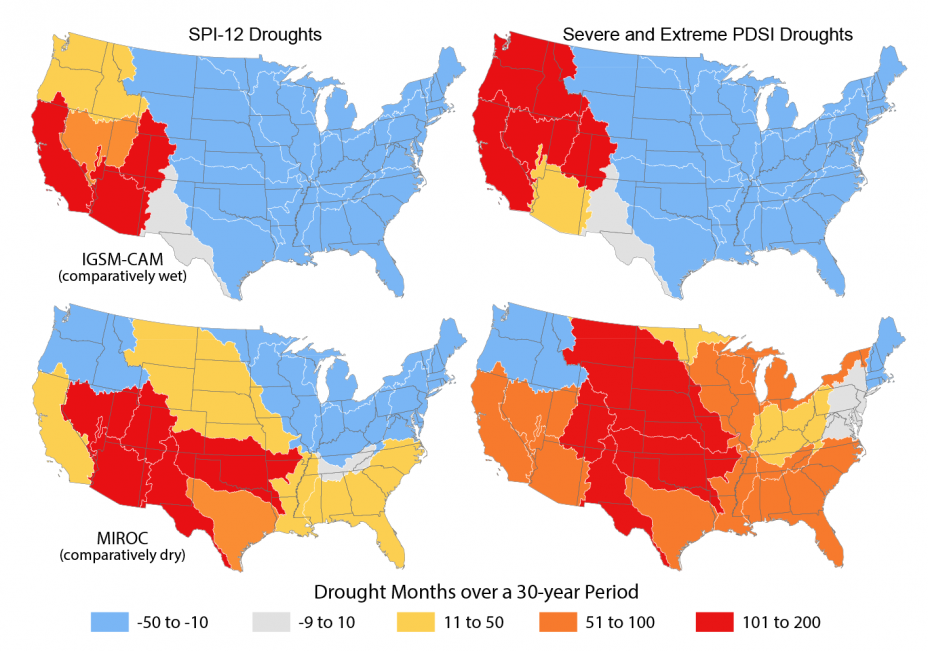 Projected change in number of SPI and PSDI drought months under the Reference scenario over a 30-year period centered on 2100. Results are presented for the 18 2-digit hydrologic unit codes (HUCs) of the contiguous U.S. Changes occurring in the grey-shaded areas should be interpreted as having no substantial change between the historic and future periods.

Global GHG mitigation leads to a substantial reduction in drought risk for many parts of the country (Figures 2 and 3). Under the IGSM-CAM climate projections, GHG mitigation substantially reduces drought occurrence across the western U.S., while under the MIROC model, drought is reduced over a majority of the country. Both climate models project reductions in drought in the Southwest, where the risks of increased droughts were highest under the Reference.

The overall decrease in the number of droughts under the Mitigation scenario, particularly in the West, results in substantial benefits to the crop-based agriculture sector. Through 2100, the present value benefits of GHG mitigation in the agricultural sector reach $9.3 billion (discounted at 3%) using the IGSM-CAM climate projections, compared to the Reference. Using the drier MIROC climate model, the Mitigation scenario provides benefits to the agriculture sector of approximately $34 billion (discounted at 3%). Projections from both climate models estimate higher economic benefits of GHG mitigation in the southwestern U.S., where drought frequency is projected to increase most dramatically in the absence of GHG mitigation.

Figure 2. Percentage Change in Number of Severe and Extreme Drought Months with and without GHG Mitigation 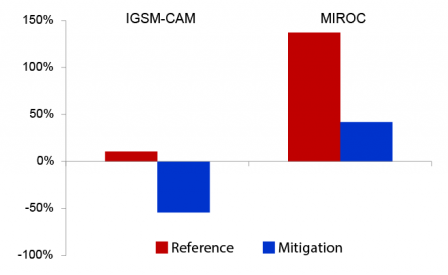 Figure 3. Effect of Global GHG Mitigation on Drought Risk by 2100 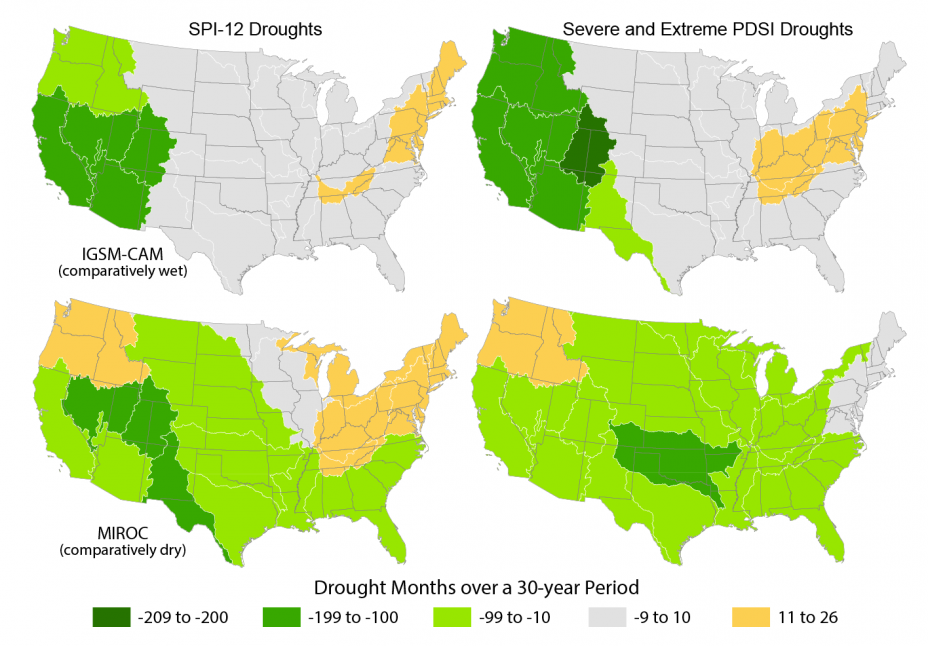 Estimated change in number of SPI and PDSI drought months under the Mitigation scenario compared to the Reference over a 30-year period centered on 2100. Results are presented for the 18 2-digit HUCs of the contiguous U.S. Shades of green represent reductions in the number of drought months due to GHG mitigation. Changes occurring in the grey-shaded areas should be interpreted as having no substantial change between the historic and future periods.

The CIRA analysis estimates the effect of climate change on the frequency and intensity of droughts across the contiguous U.S. The approach is based on the methodology from Strzepek et al. (2010).21 It relies on two drought indices for both the historical and two 21st century time periods. The drought indices account for changes in key climate variables: the Standardized Precipitation Indices (SPI-5 and SPI-12) measure meteorological drought based on change in precipitation from the historical median, and the Palmer Drought Severity Index (PDSI) uses precipitation and temperature data to estimate the relative changes in a particular region’s soil moisture. Drought risk is calculated for 99 sub-basins or watersheds in the contiguous U.S. and aggregated to 18 2-digit HUC regions.

The analysis then estimates the effect on crop-based agriculture of the change in frequency and intensity of droughts under the CIRA climate projections. This approach projects impacts using a sectoral model that relates historical drought occurrence with impacts on crop outputs.22 The resulting relationships are then applied to climate projections under the CIRA Reference and Mitigation scenarios using the IGSM-CAM and MIROC climate models to estimate the economic impacts of climate change and effects of GHG mitigation.23 This analysis only monetizes the impacts of drought on crop-based agriculture, and does not include other damages (e.g., decreased water availability, ecosystem disruption). Therefore the results estimated here likely underestimate the benefits of GHG mitigation for this sector.

For more information on the CIRA approach and results for the drought sector, please refer to Strzepek et al. (2014)24 and Boehlert et al. (2015).25