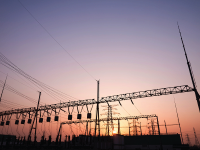 As described in the Electricity Demand section, warmer air temperatures under climate change are expected to result in higher demand for electricity, leading to the need for increased capacity in the power system to meet this demand. At the same time, higher temperatures reduce the capacity of both thermal power plants and transmission lines.

The power sector accounts for the largest share of GHG emissions in the U.S.,15 and is also considered the most cost-effective source of emission reductions under mitigation policies.16 A variety of impacts and changes are therefore expected to occur in this sector, including changes in sector emissions, system costs, and generation mix (i.e., the assortment of fuels used to generate electricity).

In the CIRA analyses, a large amount of CO2 reductions in the U.S. under the Mitigation scenario occur in the electricity sector.17 As a result, the generation capacity and mix of energy sources used to produce electricity is projected to change over time. Figure 1 shows the projected change in generation mix in 2050 from the three electric power sector models under the CIRA scenarios. Projected electricity supply is higher in all three models under the Reference, reflecting a higher demand for cooling, and lower under the Mitigation scenario as a result of lower temperatures and the costs of reducing GHG emissions. For any given model, the supply mix in the Reference does not differ substantially from the Control, which accounts for future population and economic growth, but no temperature change. However, all three models under the Mitigation scenario project substantial reductions in coal generation and expanded generation from nuclear and renewables.

Figure 1. Electricity Generation by Technology and Scenario in 2050 with Percent Change in Generation from Control18 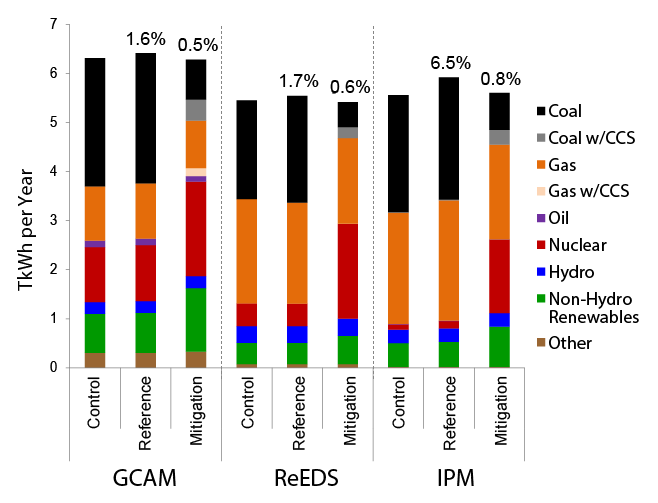 Figure 2. Percent Change in Cumulative System Costs (2015-2050) in the Reference and Mitigation Scenarios Compared to the Control 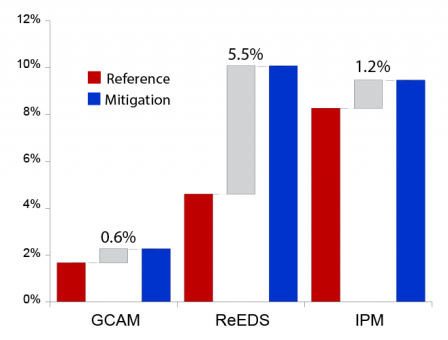 Grey bars represent the difference between the Reference and Mitigation scenarios.

The CIRA analysis assesses impacts on the U.S. electricity sector’s supply side using the same three models described in the Electricity Demand section. The models project changes in the generation mix needed to meet increasing demand due to future warming and socioeconomic changes (e.g., population and economic growth) under the CIRA scenarios. The three models also estimate the corresponding system costs—comprised of capital, operations and maintenance, and fuel costs—and the changes in CO2 emissions over time. This analysis is unique compared to the other sectoral analyses of this report in that the costs of GHG mitigation in the electric power sector are estimated alongside the benefits. The three electric power sector models simulate these costs over time, and the rationale for presenting them here is to provide a comparison between the increase in power system costs due to mean temperature increases under the two scenarios and the costs associated with reducing GHG emissions from electric power generation. It is important to note that the effect of temperature change on generation accounts for only a small portion of the total effects of climate change on electricity supply. Other important effects, such as changes in hydropower generation or the availability of cooling water for thermoelectric combustion, are not included. Inclusion of these impacts on the electricity supply system would likely increase the benefits of mitigation to this sector.

For more information on the CIRA approach and results for the electricity supply sector, please refer to McFarland et al. (2015).19