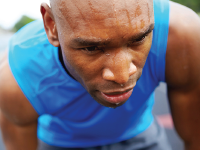 Climate change will alter the weather conditions that we are accustomed to. Extreme temperatures are projected to rise in many areas across the U.S., bringing more frequent and intense heat waves and increasing the number of heat-related illnesses and deaths.21 Exposure to extreme heat can overwhelm the body’s ability to regulate its internal temperatures, resulting in heat exhaustion and/or heat stroke, and can also exacerbate existing medical problems, such as heart and lung diseases.22 During a 1995 heat wave in Chicago, an estimated 700 individuals died as a result of the extreme heat.23 Warmer temperatures are also expected to result in fewer extremely cold days, which may also reduce deaths associated with extreme cold.24 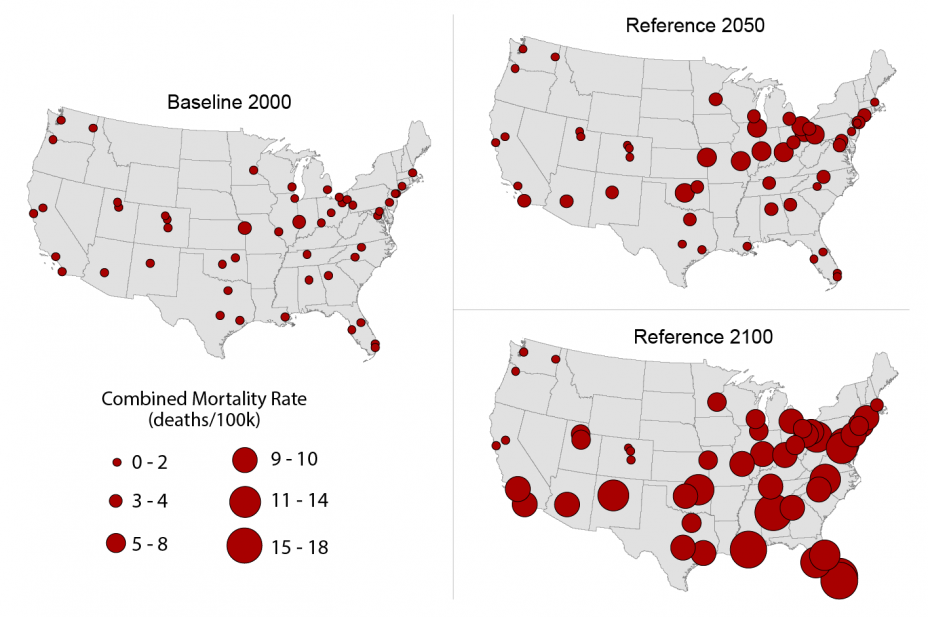 Estimated net mortality rate from extremely hot and cold days (number of deaths per 100,000 residents) under the Reference scenario for 49 cities in 2050 and 2100. Red circles indicate cities included in the analysis; cities without circles should not be interpreted as having no extreme temperature impact. 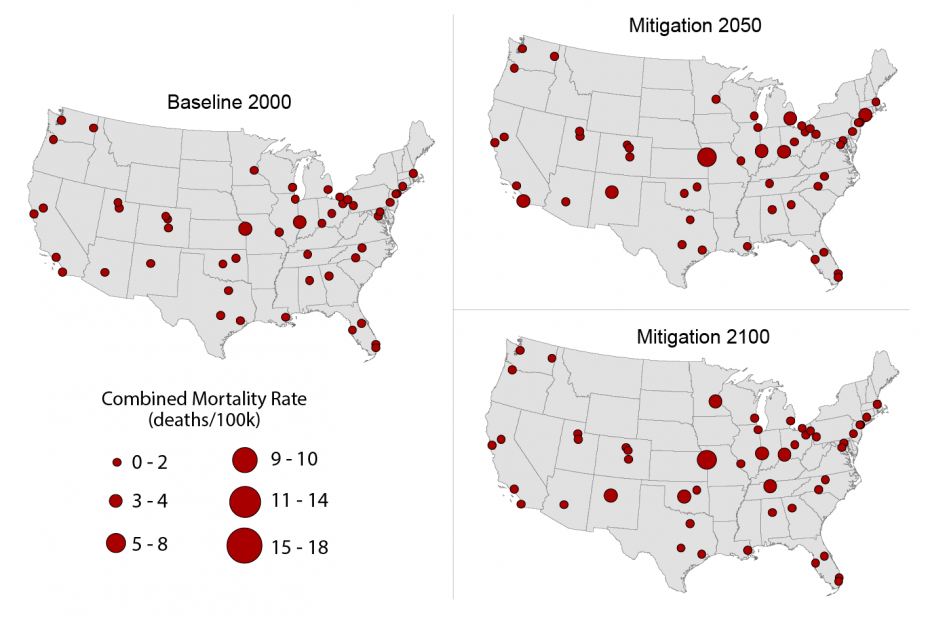 Estimated net mortality rate from extremely hot and cold days (number of deaths per 100,000 residents) under the Mitigation scenario for 49 cities in 2050 and 2100. Red circles indicate cities included in the analysis; cities without circles should not be interpreted as having no extreme temperature impact. 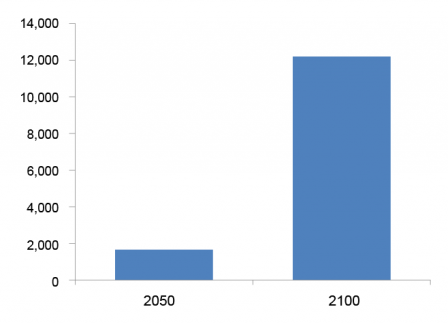 As shown in Figure 2, the projected mortality rates under the Mitigation scenario show small changes through 2100, unlike in the Reference where rates increase substantially. As a result, the net benefits associated with GHG mitigation increase over time. As shown in Figure 3, global GHG mitigation is estimated to result in significant public health benefits by substantially reducing the risk of extreme temperature-related deaths across the U.S. Under the Mitigation scenario, extreme temperature mortality is reduced by 64% in 2050 and by 93% in 210026 compared to the Reference. For the 49 cities analyzed, global GHG mitigation is projected to save approximately 1,700 U.S. lives in 2050, and approximately 12,000 U.S. lives in 2100 (Figure 3).

In 2050, the economic benefits of GHG mitigation are estimated at $21 billion, increasing to $200 billion in 2100 (see the Approach section for more information). It is important to note that these projections reflect only the results for the 49 cities included in this study; corresponding national benefits would be much larger.

The analysis also examines the implications of adjusting temperature thresholds to account for potential adaptation of the human body to warmer temperatures. Specifically, the analysis assumes that the human health response to extreme temperatures in all 49 cities was equal to that of Dallas. Using this approach, results show that mitigation would still save a projected 5,500 lives in 2100 compared to the Reference.

The CIRA analysis estimates the number of deaths over the course of the 21st century attributable to extreme temperatures in 49 cities in the contiguous U.S., which account for approximately one third of the national population. City-specific relationships between daily deaths (of all causes) and extreme temperatures are combined with the IGSM-CAM projections of extremely hot and cold days using city-specific extreme temperature thresholds to estimate future deaths from heat and cold in the Reference and Mitigation scenarios. Extremely hot days are defined as those with a daily minimum temperature warmer than 99 percent of the days in the period 1989-2000. Extremely cold days are defined as those with a daily maximum temperature colder than 99 percent of the days in the period 1989-2000. As a result, the study explicitly addresses the question of the net mortality impact of climate change on future extreme temperature days. The potential impact of future population change is accounted for using an EPA demographic model (ICLUS).27 To monetize the effects of changing mortality, a baseline value of statistical life (VSL) of $9.45 million for 2010 (2014$) is used, adjusted to future years by assuming an elasticity of VSL to GDP per capita of 0.4.28 The results presented in this section have been updated since Mills et al. (2014) to include additional cities and more recent mortality rate data.29 Finally, this analysis did not estimate impacts across ages or socioeconomic status. As these demographics change, they could impact the results presented here.

For more information on the CIRA approach and results for the extreme temperature mortality sector, please refer to Mills et al. (2014).30