Consulting with stakeholders, as well as government partners, is an important part of EPA's efforts to implement the Act.

The Clean Air Act and Administrative Procedures Act guarantee that every citizen has opportunities to provide comments on any air pollution rule proposed by EPA.

EPA publishes every proposed rule in the Federal Register. Any citizen can provide written comments on any proposed rule, and these comments are placed in an electronic docket. EPA must respond in writing to each substantive comment and must place its responses in the docket, the official rulemaking record.

Working with Stakeholders to Design and Implement Clean Air Programs 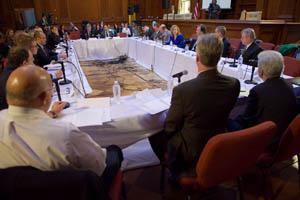 EPA has learned from experience that working closely with stakeholders and government partners can lead to better programs that are more effective and efficient, and win broader support. Dialogue and partnerships are an important part of EPA's efforts to reduce pollution under the Clean Air Act through regulatory programs and voluntary partnership programs.

Over the years, EPA has used both formal and informal processes for engaging stakeholders. For example, soon after the 1990 amendments, formal regulatory negotiations produced agreements on proposed rules to prevent toxic emissions from equipment leaks, set requirements for cleaner “reformulated” and “oxygenated” gasolines, and cut toxic emissions from steel industry coke ovens. Informal talks and consultation with advisory committees produced agreement on rules that controls acid rain and phase out chlorofluorocarbons, which deplete the stratospheric ozone layer. More recently, EPA held hundreds of meetings with stakeholders to help us develop the Clean Power Plan. 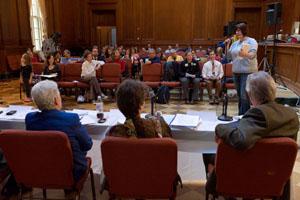 Today, EPA continues to use informal engagement processes to develop proposals that reflect the expertise and concerns of affected industries, citizen groups, and government partners, as well as to achieve effective program implementation.

EPA also works closely with partners in government, industry and the public through voluntary partnership programs under the Clean Air Act. Through these programs, EPA helps businesses, the public and governments take actions that reduce emissions of greenhouse gases and conventional air pollutants, and protect people from exposure to pollution-caused harm. Many of these programs have additional benefits such as improving energy efficiency, reducing oil imports, and saving consumers money.