The atmospheric deposition of nitrogen, sulfur and other chemical species to underlying surfaces is an important exposure pathway that can contribute or lead to the degradation of air, land and water quality as well as reductions in the benefits humans may derive from ecosystems. Understanding the processes and outcomes associated with atmospheric deposition is needed to improve existing  Clean Air Act Secondary Standards.

Scientists at the EPA actively participate in the National Atmospheric Deposition Program's (NADP) Total Deposition (TDEP) Science Committee. The mission of TDEP is to improve estimates of atmospheric deposition by advancing the science of measuring and modeling atmospheric wet, dry, and total deposition of species such as sulfur, nitrogen and mercury. TDEP provides a forum for the exchange of information on current and emerging issues within a broad multi-organization context including atmospheric scientists, ecosystem scientists, resource managers, and policy makers. One of the goals of the NADP's TDEP Science Committee is to provide estimates of total sulfur and nitrogen deposition for use in critical loads

critical loadsA quantitative estimate of an exposure to one or more pollutants below which significant harmful effects on specified sensitive elements of the environment do not occur according to present knowledge. and other ecological assessments. 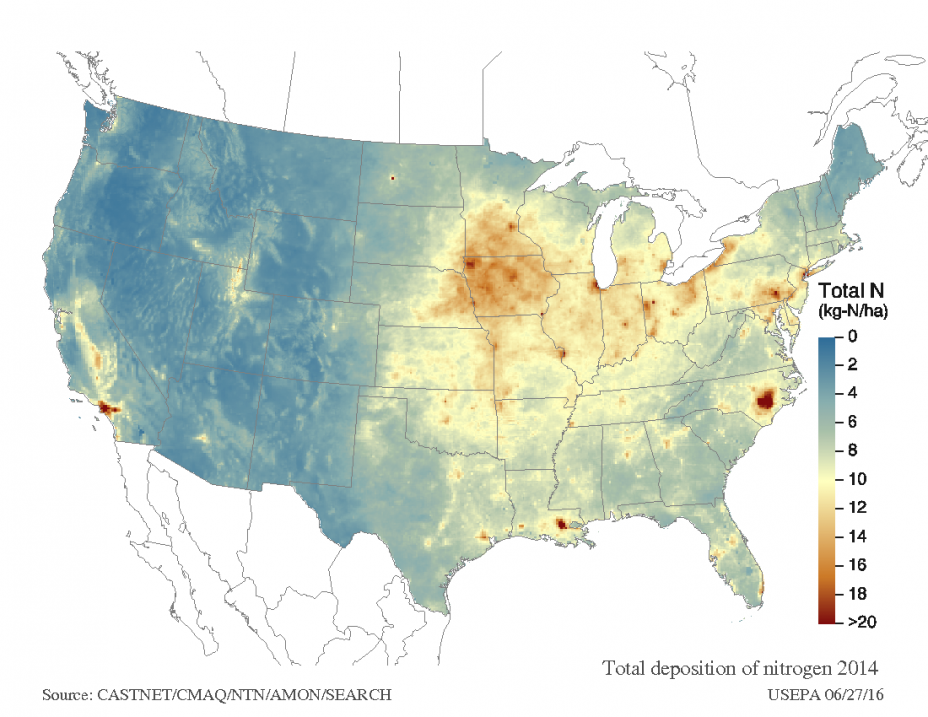 Air concentration data from the Clean Air Status and Trends Network (CASTNET), the Ammonia Monitoring Network (AMoN), and the SouthEastern Aerosol Research and Characterization (SEARCH) network were included. Modeled data were obtained from the CMAQ model. Details of the methodology for developing the data set as well as comparisons of these data to other deposition estimates is provided in Schwede and Lear (2014).

The current release is version 2014.02 which contains files for the years 2000-2013. The data are available as ESRI ArcGRID exported gridded deposition fields and maps that can be downloaded using the provide on the Committee web page.