About EPA's Work in the Columbia River Basin 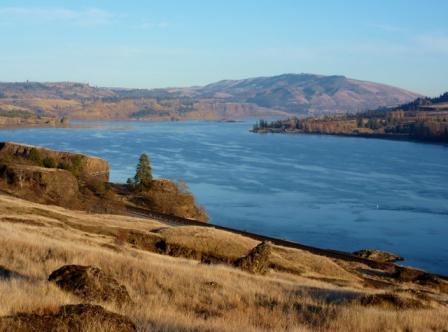 It was the first legislation to officially designate the national importance of restoring the Columbia River Basin, one of our nation’s largest watersheds. The legislation focuses on the U.S. portion of the Basin, including the states of Oregon, Washington, Idaho, and Montana.

Section 123 authorized EPA to establish the Columbia River Basin Restoration Working Group that is representative of states, tribal governments, industry, and other entities.

Highlights Around the Basin

The EPA and other federal agencies, states, tribes, local governments, nonprofit organizations, and individual citizens are all engaged in efforts to restore and improve the quality of the water, land and air within the Columbia River Basin.

The sheer size and geography of the watershed requires unprecedented cooperation to accomplish these critical ecosystem restoration efforts. Below are summaries that highlight some of these efforts.

Since 2002, the Idaho Chemical Roundup Program for Schools has assisted more than 50 schools with the safe disposal of over 7,500 pounds of hazardous lab chemicals. The program trained over 100 teachers in green chemistry principles, including instruction on safe "replacement labs" which use non-toxic materials to demonstrate core chemical principles in middle and high school curriculum.

Each year this training has helped to reduce the purchase and disposal of an estimated 300 pounds of hazardous lab chemicals for in-class demonstrations.

One example of how this type of collaboration can result in improved environmental quality is the project in Wasco County, near The Dalles. Since 2010, the Pesticide Stewardship Partnerships program has been collaborating with cherry growers, OSU Extension, the soil and water conservation district and watershed councils in this area to conduct stream monitoring, and use the data to inform enhancement of best management practices to reduce pesticide drift. The results were dramatic – the concentration of the insecticide malathion decreased by 96 percent at sampled sites and the frequency of detections dropped from 70 percent in 2012 to below 10 percent in 2018. Similar results were achieved for other priority pesticides in the Hood River and Walla Walla watersheds.

The implementation of best management practices in Washington’s Yakima River Basin has proven successful in controlling soil erosion and reducing pesticide runoff. The work was the result of a collaborative partnership between Washington Department of Ecology, Yakima Valley growers, water purveyors, local conservation districts, and the Yakama Nation. The goal of the project was to lift the DDT fish advisory on the Yakima River within 20 years.

Local growers upgraded to drip irrigation on 8,000 acres of hops and installed vegetated buffer strips to keep soil on the fields. Suspended sediment loading to the Lower Yakima River decreased 67 to 80 percent during the irrigation season and total DDT concentrations in fish were reduced 30 to 85 percent. Fish advisories for DDT on the Yakima River were lifted 5 years after the project started – 15 years earlier than the initial goal.

The Port of Vancouver USA’s staff have developed innovative treatment technologies to manage stormwater, helping to reduce run-off from the Port facility into the Columbia River. These technologies include "Floating Treatment Wetlands" which reduce copper levels by up to 55 percent, and the "Grattix," a rain garden in a box that can reduce zinc levels by 90 to 95 percent.

The Port uses a variety of other treatment methods including detention ponds, biofiltration systems, hydrodynamic separation units and filter vaults, to ensure a balance of sustainable industrial activity, a strong local economy and responsible waterway stewardship.

The Jade District in southeast Portland, Oregon, is one of the state’s most diverse neighborhoods – its residents speak over 140 languages. However, incomes are lower than average, and historic public disinvestment has led to a lack of key infrastructure, including local flooding, public park deficiencies, and limited pedestrian access.

Through the Greening America’s Communities program, EPA coordinated a team of federal and local agencies and consultants to host community workshops, which led to new project designs tailored to the needs of the community. One of the key goals was to minimize future infrastructure costs through green infrastructure. This would be accomplished through improved stormwater management and retrofits of the neighborhood’s currently unimproved streets to add more green space.

The Greening the Jade designs are already being implemented. Portland Bureau of Transportation received an $87 million grant to implement improvements to Division Street in the Jade. The Division Street designs were revised to include green infrastructure to infiltrate stormwater in medians. Construction begins in fall of 2019.

The Lower Columbia Estuary Partnership was established in 1995 and is one of 28 programs in EPA's National Estuary Program that protects and restores an estuary of national significance.

It is a 501(c)3 non-profit corporation that works along the lower 146 miles of the Columbia River from Bonneville Dam to the Pacific Ocean. Its mission is to improve the lower Columbia River by protecting and restoring ecosystems and enhancing clean water for current and future generations of fish, wildlife, and people.

The Partnership is a collaborative program led by farmers, educators, businesses and economic interests, conservation groups, citizens, state governments, federal agencies, and tribal governments to restore and protect habitat, improve water quality, advance science, and provide information about the river to a range of audiences.

In 2016, Trout Unlimited, Helena National Forest, Montana DEQ, EPA, the Watershed Restoration Coalition, and private landowners developed a Watershed Restoration Plan to describe management measures needed to achieve the TMDL reductions and prioritize restoration of abandoned mine sites. As of 2019, one mine reclamation project, Lilly Orphan Boy, has been completed and three additional sites are planned to be reclaimed in the summer of 2020.

The Portland Harbor Superfund site in Portland, Oregon, is the result of more than a century of industrial use along the Willamette River. Sediment is contaminated with many hazardous substances, including heavy metals, polychlorinated biphenyls (PCBs), polycyclic aromatic hydrocarbons (PAHs), dioxins/furans, and pesticides.

The cleanup area currently extends along the lower Willamette River, approximately between the Broadway Bridge in downtown Portland and Sauvie Island.

Although we work and recreate along Portland Harbor, the primary way people are exposed to contamination is by eating fish such as bass, catfish and carp. These fish, called resident fish, carry levels of chemical contaminants which may cause cancer or developmental problems. PCBs are the primary contaminant associated with most of the risk from eating resident fish. Young children, nursing infants and babies in the womb are the most sensitive to the chemicals.

About the Columbia River Basin 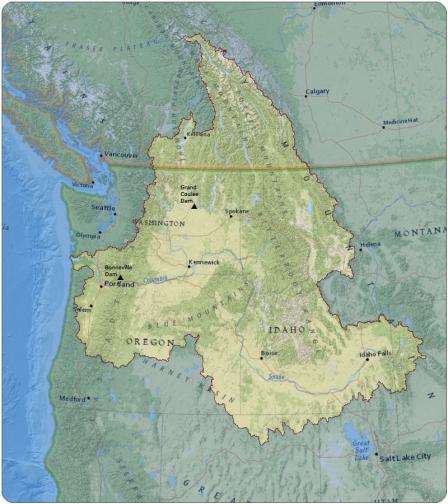 The Columbia River watershed covers parts of seven states and extends into British Columbia, Canada.The Columbia River Basin is one of the nation's largest watersheds, covering more than 260,000 square miles and providing drainage for hundreds of rivers, creeks, and streams.

The Columbia River flows over 1,200 miles from its source in the Canadian Rockies to the Pacific Ocean. It's the second largest river in the United States by volume of water flow, behind only the Mississippi River.

The watershed provides an important backdrop for urban development, agriculture, transportation, recreation, fisheries, and hydropower in western North America. The tribal people of the region have depended on it for food, trade, cultural and spiritual use for thousands of years.

But heavy use has also caused significant declines in water quality in some areas, putting human health at risk and threatening the survival of salmon and other species.