The non-profit organization that brought four EPA-funded rain gardens to a bustling downtown neighborhood in the District of Columbia has plans for more.

Building on the momentum of the gardens at the corner of 19th and L streets, N.W., the Golden Triangle Business Improvement District (BID) is developing plans to extend them north and south along 19th Street, from K to M streets – two full city blocks.

The expansion was prompted by “a lot of positive feedback and support for the rain gardens we put in,” said David Suls, the BID’s Director of Planning and Economic Development.

The planted depressions mimic nature, allowing heavy rain to slowly absorb rather than rush into storm drains where it can overwhelm the combined sewer system and cause polluted discharges to local waters.

The gardens help to reduce the amount of water flowing into the sewer system in an area subject to sewer overflows. They also complement the green infrastructure program featured in the District’s innovative municipal stormwater permit.

EPA provided $100,000 in Clean Water Act Section 319 funds and $85,000 in Chesapeake Bay Implementation Grant funds through the District of Columbia Department of Energy and Environment for the project. The funds were matched by $15,000 from the BID.

The rain gardens, with drought-resistant plants that attract butterflies, birds and bees, were recognized as a Certified Wildlife Habitat by the National Wildlife Foundation.

For the expansion, the BID received funding for preliminary plans from the Metropolitan Washington Council of Governments. The BID has approached District of Columbia agencies for funding for final plans and construction. 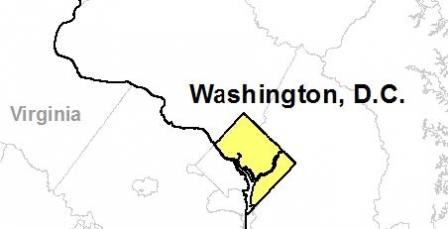