Turning the Tide in the Delaware: Reducing a Legacy Pollutant

A strategic approach to identifying and reducing sources of toxic discharges to the Delaware River is beginning to show results.

Recent studies indicate that an EPA pollution budget, or Total Maximum Daily Load (TMDL), is having its desired effect in reducing the pollution discharges of polychlorinated biphenyls (PCBs) that impact fish health and water quality in the Delaware River.

The Delaware River Basin Commission (DRBC) Exit reported earlier this year that PCB loadings, or discharges, were down significantly and that a fish consumption advisory had been eased in the C&D Canal in Delaware – signs that a collaborative approach to implementing the TMDL is working.

The TMDL and its associated Implementation Plan have required municipalities and industry to identify sources of PCBs, develop and execute Pollutant Minimization Plans to reduce PCBs on a fixed schedule, and report annually on progress

EPA Regions 2 and 3 established the TMDL in cooperation with the DRBC and the states of Delaware, Pennsylvania and New Jersey in 2003 to reduce the legacy of PCB contamination in the Delaware.

PCBs, classified by EPA as a probable human carcinogen, were popularly used as coolants and lubricants in transformers and other electrical equipment. The U.S. banned the manufacture, sale and most uses of PCBs in the late 1970s, but the toxic compound is still found in the environment and can enter the Delaware through wastewater discharges, stormwater runoff, air pollution, contaminated sites and other means. In water, PCBs bind to sediments and are taken up by small organisms and fish.

While the sediment quality and fish health issues are far from solved, the incremental progress in reducing PCB pollution is an encouraging sign to those involved in writing a cleaner chapter for the iconic river. EPA Regions 2 and 3 continue to work with DRBC and member states on an update to the PCB TMDL and Implementation Plan in order to continue the progress. 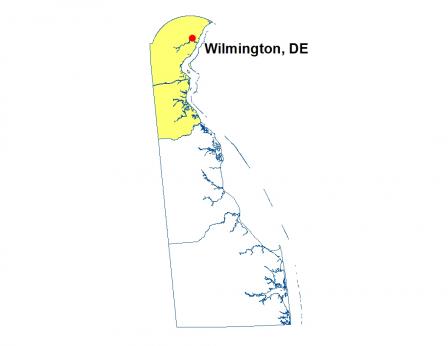