The Dioxin Exposure Initiative (DEI) is no longer active. However, many visitors find this webpage useful as a repository for related DEI publications and to learn about the DEI approach.

The DEI was a multi-year effort that extended beyond the EPA dioxin reassessment effort. It emphasized finding and incorporating as much information as possible into the reassessment. The data were critical to supporting EPA’s development and implementation of an agency-wide dioxin risk management strategy. The DEI was jointly funded and managed by EPA's Office of Prevention, Pesticides, and Toxic Substances (OPPT) and the Office of Research and Development (ORD). 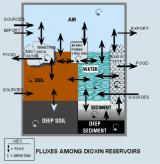 Figure 1.  Click for a larger view of how dioxin cycles through the environment.

Sources of dioxins to air are dominated by the combustion of wastes and fuels. Sources to water include storm runoff, air deposition, and wastewater discharges from certain industrial processes. Contributions to land include air deposition and the land spreading of wastewater treatment sludge. As illustrated in Figure 1, dioxin originates and cycles through the environment in many ways, involving multiple sources, flows, reservoirs, and sinks.

The fundamental goal of the DEI initiative was to quantitatively link dioxin sources to general population exposure. The initiative pursued two simultaneous lines of inquiry:

As EPA merged these two lines of inquiry, it identified dioxin sources and exposure pathways that could pose significant risks to human health. The information enabled EPA to target sources and environmental pathways for exposure reduction efforts across program offices. Additionally, EPA estimated past trends in dioxin exposures and established baselines for monitoring future trends.

Figure 2. Click for a larger view of this image which highlights the sources forward approach to linking dioxin exposure to general population exposure.

Nomination of a source was based on information such as theoretical chemistry or similarity of a source-related process to ones known to produce dioxins. EPA also used preliminary emissions data to nominate sources. Once a source was nominated, it was a candidate for confirmation by monitoring or testing efforts. Those confirmed whether dioxins were, or were not, a product of the candidate source.

Source characterization provided a basis for quantitatively estimating national emission totals for a source category. This activity was inherently expensive, so information from nomination and confirmation was used to prioritize sources for investigation.

Figure 3. Click for a larger view of this image which highlights the human exposure backwards approach to linking dioxin exposure to general population exposure.

In its second approach, the DEI started with measured human body burdens and with modeled dioxin intake from the environment. EPA compared newly measured levels of dioxin in foods with data on population consumption of different types of food in the United States. EPA then compared estimated dioxin ingestion with measured body burdens. The analyses confirmed that diet can account for a large proportion of dioxin exposure for the U.S. population. The analyses also revealed which types of foods contribute most to general population exposure.

Data on past trends in dioxin emissions and deposition can reveal temporal relationships among changing sources and exposure important to dioxin reduction strategies. Concentrations of dioxins in lake sediments present a picture of deposition over time and, by inference, past emissions and exposure. The DEI therefore examined dioxin concentrations with increasing depth in lake sediments across several regions of the United States.

The DEI also used pharmacokinetic modeling to reconstruct past doses of toxic equivalents of 2,3,7,8-TCDD for persons with dioxins measured in their tissues. Various agencies continue to monitor dioxin in humans and in samples of food and ambient air to evaluate past and ongoing dioxin exposure reduction strategies.