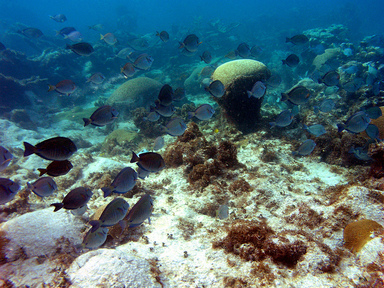 Coral reefs are some of the most diverse and productive ecosystems on earth, but they are also among the most fragile. Over fishing, habitat degradation, climate change, and pollution and sedimentation from tainted stormwater running off nearby land are all taking their toll. Declines are estimated to have claimed twenty percent of the world’s reefs. The United States Coral Reef Task Force—comprised of leaders from EPA and 11 other federal agencies along with select States, Territories, and Commonwealths—was established in 1998 to stem loses and preserve and protect coral reef ecosystems.

A key strategy of the Task Force has always been to build partnerships with local communities to develop joint strategies that match conservation actions with local, on-the-ground conditions. An early priority was Puerto Rico’s Guánica Bay, where the health of the reefs was under threat from deteriorating water quality from sediment and nutrient pollution flowing off of the surrounding watershed.

To support that effort, EPA researchers have been leading and conducting studies to better understand the links between Puerto Rico’s coral reefs, the water quality of Guánica Bay, and land use across the watershed. They have conducted systematic assessments of the health of the reef, quantified the flow of sediments and nutrients from the freshwater sources flowing into the Bay, and mapped land use patterns and habitat across the watershed and the island of Puerto Rico.

Results from that work were used to inform a 2009 Task Force initiative to address land-based sources of pollution. Conservation actions identified included changes to agriculture practices, planting vegetated riparian buffers along streams, dredging reservoirs, and developing and enhancing coastal wetlands. But Task Force members and their partners soon learned that without continued stakeholder engagement, solely identifying such actions would fall short of inspiring the necessarily support and implementation needed to see them through.

EPA researchers saw their ongoing work in Guánica Bay as an opportunity to conduct a novel study identifying how to link specific benefits that flow from the environment—defined as “ecosystem service supply”—with stakeholder engagement. In their study, published in the journal Ecological Indicators, researchers examined records from coral reef workshops to identify 19 metrics reflecting the concerns of participating stakeholders, 15 related to terrestrial ecosystems in the watershed, and four in the coastal zone. The research team then applied “ecosystem service production functions” to quantify and map how management of the watershed influences nature’s benefits to humans.

“Our results suggest that actions in the watershed to protect coral reefs may lead to improvements in other ecosystem services that stakeholders care about on land,” the authors note.

The maps the researchers created revealed how ecosystem service production is distributed throughout the Guánica Bay watershed, illuminating areas where watershed management would benefit both the community and the coral reef habitat offshore. For example, reforestation would help meet many of the community’s objectives expressed during the workshops—specifically improved air quality, the conservation of threatened wildlife, and the retention of rainwater—while also protecting the coral reef from land-based pollutants. And because the Lower Guánica region has one of Puerto Rico’s largest areas of mangrove and coral reef habitat, there would be many potential economic opportunities for marine-based recreation and fishing.

The results of the study suggest that including considerations of both ecosystems and the concerns of local stakeholders can be fertile ground for supporting coastal management decisions. “Our study illustrates that actions in the watershed to protect coral reefs may lead to improvements in other ecosystem services that stakeholders care about on land. Considerations of both coastal and terrestrial benefits in coastal management may ultimately lead to decisions that gain a greater return on investment and great stakeholder acceptance, while still achieving conservation goals,” the study concludes. 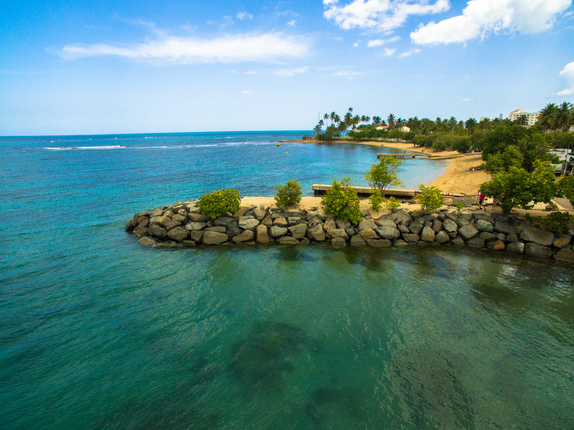 EPA research focused on the San Juan Bay Estuary is also being conducted to help local communities in Puerto Rico. Some of that work will be featured at the 2017 Society of Wetland Scientists Annual Meeting to be held in San Juan, Puerto Rico in June of 2017. Highlights include: