transferredProcess by which chemicals are taken up by a plant or animal either directly from exposure to a contaminated medium (soil, sediment, water) or by eating food containing the chemical. to other environmental media or biota.

The figure below depicts multiple sources of pollution to ambient air. 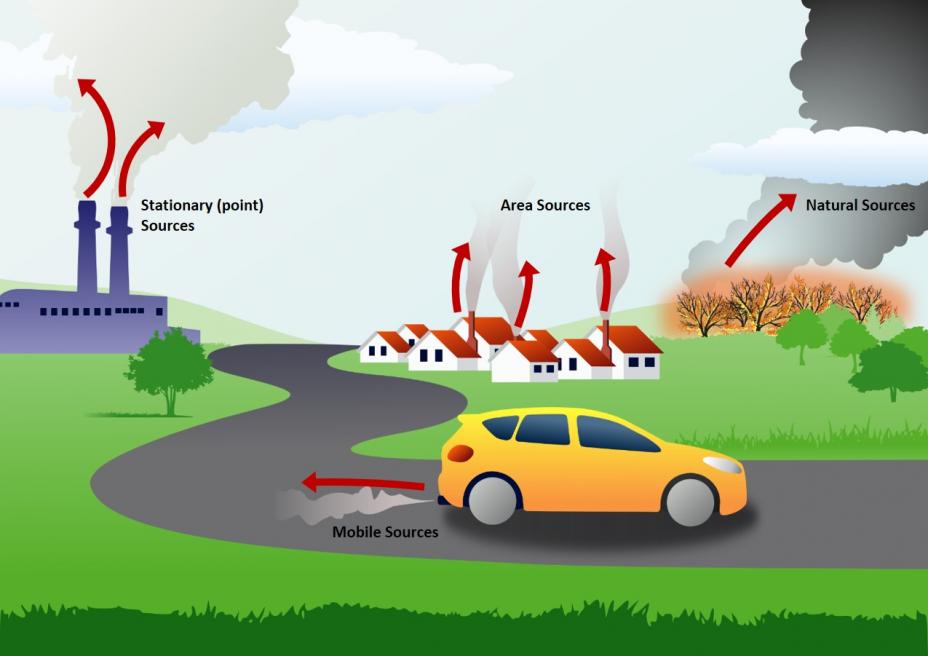 After contaminants are released to ambient air, their transport

transportMovement within a medium or between media., dispersion, and transformation

transformationChange in a chemical or physical state. are governed by several factors including:

Physicochemical properties data will help determine whether a chemical is likely to remain in the air, partition to other media, or transform physically, chemically, or biologically after release.

bioaccumulateBioaccumulation is the general term describing a process by which chemicals are taken up by a plant or animal either directly from exposure to a contaminated medium (soil, sediment, water) or by eating food containing the chemical. Related terms are bioconcentration which chemicals are absorbed by an animal or plant to levels higher than the surrounding environment; and biomagnification, in which chemical levels in plants or animals increase from transfer through the food web (e.g., predators have greater concentrations of a particular chemical than their prey). in fatty tissues or bind to muscle tissue in animals can be transferred up the food chain

food chainA food chain is formed as one organism eats another. A food web is a system of interlocking and interdependent food chains, in which each organism supplies energy to another life form..

The diagram below illustrates relationships between potential exposure pathways and potential ecological receptors after a source releases a stressor to ambient air. 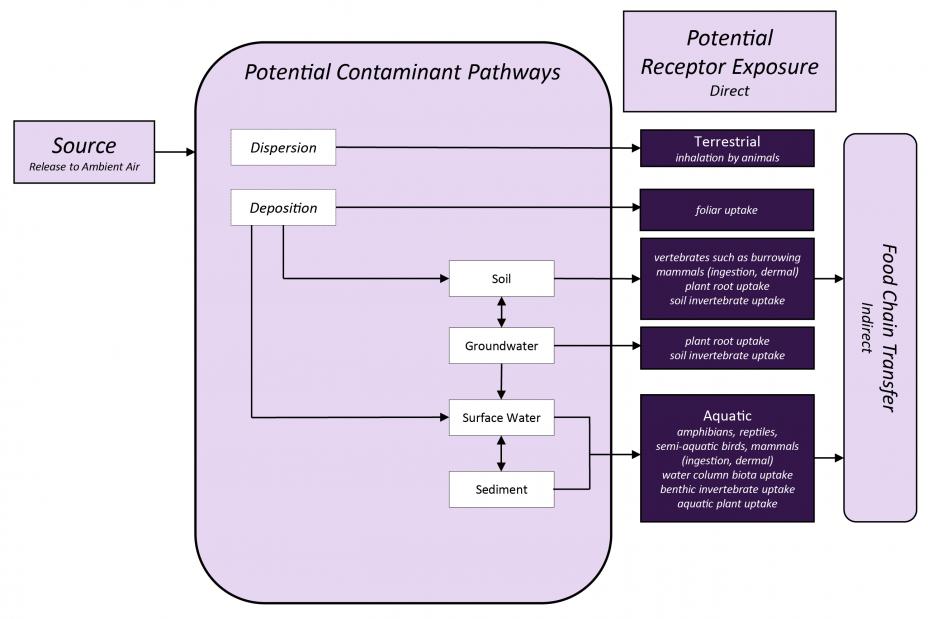 Resources are provided below to assess exposure to ecological receptors that occurs via air.