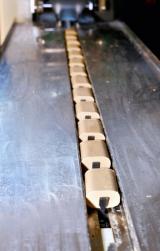 direct dischargerA point source that discharges pollutants to waters of the United States, such as streams, lakes, or oceans. and permits or other control mechanisms for indirect dischargers

What is the Soap and Detergent Manufacturing Industry?

These activities are included within NAICS code 325611, Soap and Other Detergent Manufacturing.

Note: The NAICS listing is provided as a guide and does not define the coverage of the Soap and Detergent Manufacturing category. For precise definitions of coverage, see the applicability sections in 40 CFR Part 417.

The regulation is organized into 19 subcategories:

Biochemical oxygen demand (BOD) is a measure of the oxygen-consuming properties of organic matter. Water with a high BOD indicates the presence of decomposing organic matter and subsequent high bacterial counts that degrade its quality. BOD7 refers to the oxygen demand as determined by incubation at 20 ºC for a period of 7 days using an acclimated seed. The parameter BOD7 is used in subparts O, Q, and R.

There is no approved analytical method for BOD7 in EPA's test procedures regulation at 40 CFR Part 136. There is a method available in Standard Methods, no. SM 5210C, which is called “Ultimate BOD Test” that can be run for 90 days. The example table in the procedure shows results across the time series from 0 to 90 days. The 7-day entry is highlighted.