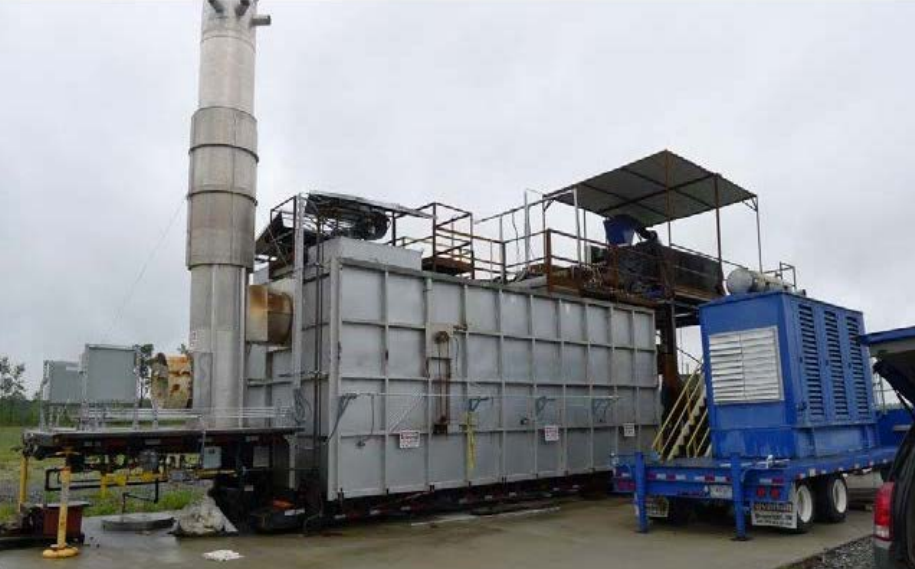 “EPA has served as the coordination point for both the research and the response efforts related to mass disposal. Actual event response and field testing identify real problems that cannot be properly identified or solved when designing or modeling in an office. Environment, material handling, human factors, size and volumes of actual events must be experienced not perceived. EPA understands these challenges and continues to assist states and industry in attempting to solve the problems and bring workable technologies. Continued research and development efforts of this type are critical to assisting industry in their efforts to protect the food chain.” – NCDA&CS Jim Howard (retired).

Agricultural emergencies, such as foreign animal disease outbreaks, could result in the need to dispose of many contaminated animal carcasses. The environmental impacts of carcass disposal are site-specific. Some technologies (e.g., burial) are not viable in areas with a high-water table, such as North Carolina. Multiple disposal options are necessary. Gasification has the potential to be a technology for on-farm use, which reduces risk associated with transporting the carcasses to an off-site location (e.g., landfill, incinerator). It also has the potential to generate energy at agricultural sites during non-emergency times, and burns more cleanly thus requiring less pollution control equipment than conventional incineration.

As part of an interagency effort involving several federal agencies and the state of North Carolina, EPA built a prototype transportable gasifier intended to process 25 tons per day of carcasses (scalable to 200 tons per day) for on-farm disposal of animal carcasses. A demonstration was conducted to determine the feasibility of gasification for carcass disposal and to identify technical challenges and improvements to simplify and improve the gasifier as a mobile response tool. Past testing of the prototype demonstrated partial success, in that the transportability and rapid deployment requirements were met; however, the throughput of animal carcasses was approximately one-third of the intended capacity.

Significant modifications were made to various gasifier components, including the burner system, feed system, control system, power distribution and ash handling system, in order to increase its operating capacity to the rated design throughput. In September 2015, a series of tests were performed to evaluate the effectiveness of the design modifications at increasing the system’s throughput, as well as to demonstrate the unit’s ability to operate around the clock for an extended period of time. While the ash removal system and the system to move material across the bed failed during the tests, the new burner, feed, control and power distribution systems all functioned in an acceptable manner. The test and evaluation showed that improved alloys would be needed in some of the parts to achieve the desired results. EPA ORD’s support has helped the NCDA&CS focus on which areas of the system require repair and additional modifications to achieve overall design goals.