The National Response System (NRS) is a mechanism routinely and effectively used to respond to a wide range of oil and hazardous substance releases. It is a multi-layered system involving  individuals and teams from tribal, local, state, and federal agencies, as well as industry and other organizations. These groups share expertise and resources to ensure that response and cleanup activities are timely, efficient, and minimize threats to human health and the environment.

At the heart of the system is the National Oil and Hazardous Substances Pollution Contingency Plan (NCP). The NCP outlines the process to ensure that the federal government’s resources and expertise are available immediately for response actions that are beyond the capabilities of local and state responders. The NCP provides the framework for the NRS and establishes how it works.

When large scale incidents occur, such as a hurricane or earthquake, other federal resources support the response under the  National Response Framework (NRF) which works in conjunction with the NRS and NCP. The NRF is the federal government's comprehensive, all-hazard approach to crisis management. It also provides a mechanism for coordinating federal assistance to tribal, local and state governments.

The flowchart below shows how the National Response System functions.

For more information, please see Responding to an Incident. 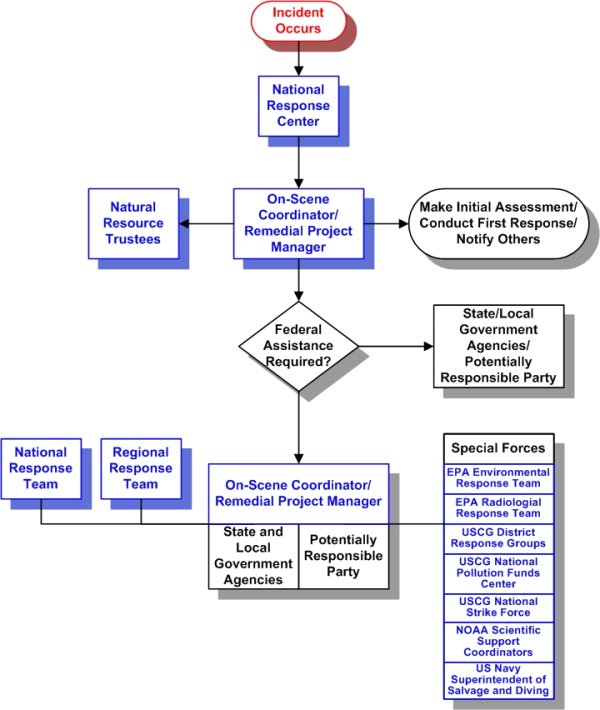