Energy and the Environment

About the U.S. Electricity System and its Impact on the Environment

Today’s U.S. electricity system is a complex network of power plants, transmission and distribution wires, and end-users of electricity. Today, most Americans receive their electricity from centralized power plants that use a wide variety of energy resources to produce electricity, such as coal, natural gas, nuclear energy, or renewable resources such as water, wind, or solar energy. This complex system of generation, delivery, and end-users is often referred to as the electric power grid.

Use the diagram below to learn more about the electric power grid. Click each component to get an overview with links to more detailed information.

View a text version of this diagram ► 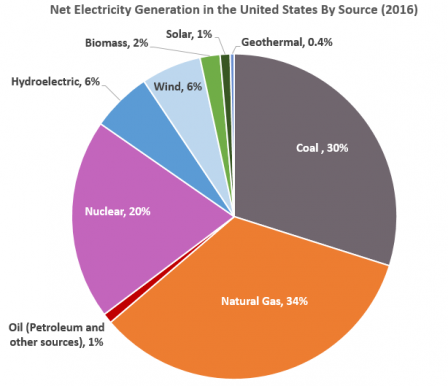 Source: U.S. Energy Information Administration, Electricity Data Browser. These data were accessed in December 2017.How and where electricity is generated

Electricity in the United States is generated using a variety of resources. The three most common are natural gas, coal, and nuclear power. Some of the fastest growing sources are renewable resources such as wind and solar. Most U.S. electricity is generated at centralized power plants. A much smaller but growing amount of electricity is produced through distributed generation—a variety of technologies that generate electricity at or near where it will be used, such as onsite solar panels and combined heat and power. Learn more about centralized and distributed generation.

Electricity delivery and use 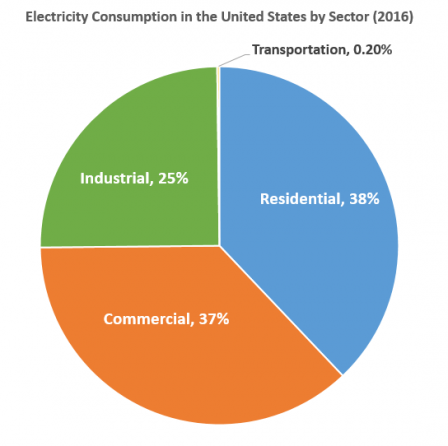 Environmental Impacts of the Electricity System

Some of these environmental effects can also potentially affect human health, particularly if they result in people being exposed to pollutants in air, water, or soil.

The environmental effects of the electricity you use will depend on the sources of generation (the “electricity mix”) available in your area. To learn about the emissions generated by the electricity that you use, visit EPA’s Power Profiler.

You can reduce the environmental effects of your electricity use by buying green power and by becoming more energy-efficient. Learn more about how to reduce your impact.

Energy and the Environment