Jeffrey David Gunselman was sentenced to 188 months in federal prison, fined $175,000 and ordered to pay more than $54.9 million in restitution, following his guilty plea to an indictment charging 51 counts of wire fraud, 24 counts of money laundering and four counts of making false statements in violation of the Clean Air Act.

Gunselman was the owner of Absolute Fuels, LLCF. from September 2010 to October 2011, he devised a scheme to defraud the EPA by falsely representing that he was in the business of producing bio-diesel fuel, yet Gunselman did not have a bio-diesel fuel-producing facility. Instead, his business operation consisted of falsely generating renewable fuel credits and selling them to oil companies and brokers.  During the same time period, Gunselman engaged in monetary transactions in criminally derived property by purchasing real and personal property valued at approximately $12 million with the funds derived from the wire fraud. For more information read the complete case summary. 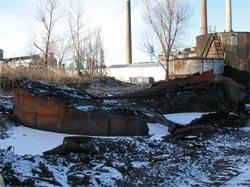 In June 2012, Rodney Hailey was convicted at trial on 42 counts of wire fraud, money laundering and a violation of the Clean Air Act in connection with a scheme in which he sold renewable fuel credits he falsely claimed were produced by his company, Clean Green Fuel.  In February 2013, Hailey was sentenced to 151 months in prison, ordered to pay restitution of $42 million and forfeit $9 million in proceeds of the fraud including cars, jewelry, his home and bank accounts already seized by the government.

To encourage the production of renewable fuel and lessen the nation’s dependence on foreign oil, all oil companies that market petroleum in the U.S. are required to produce a given quantity of renewable fuel or to purchase credits, called renewable identification numbers (RINs) from producers of renewable fuels to satisfy their renewable fuel requirements.   For more information read the complete case summary.

BP to Pay a Record $4 Billion for Environmental and Other Crimes Associated with the Deepwater Horizon Explosion and Gulf Oil Spill (CWA/MBTA/Title 18, Louisiana) 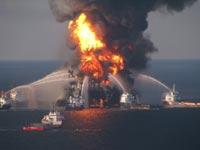 In January 2013, BP Exploration and Production Inc. (BP) was sentenced to pay $4 billion in criminal fines and penalties – the largest criminal resolution in United States history -- after pleading guilty to 11 counts of felony manslaughter, one count of felony obstruction of Congress, and violations of the Clean Water and Migratory Bird Treaty Acts for its role in the 2010 Deepwater Horizon disaster that killed 11 people and the subsequent oil spill resulted in the largest environmental disaster in U.S. history.  More than half of the funds will be used to directly benefit the Gulf Coast region through acquiring, restoring, preserving and conserving the marine and coastal environments, ecosystems and bird and wildlife habitat in the Gulf of Mexico and bordering states harmed by the Deepwater Horizon oil spill and will also support, significant barrier island restoration, and improved oil spill prevention and response efforts in the Gulf.

The guilty plea agreement and charges are part of the ongoing criminal investigation by the Deepwater Horizon Task Force into matters related to the  explosion and oil spill. The Task Force includes the Department of Justice; U.S. Attorneys’ Offices; the FBI, EPA, Department of the Interior, National Oceanic and Atmospheric Administration Office of Law Enforcement, U.S. Coast Guard, U.S. Fish and Wildlife Service and the Louisiana Department of Environmental Quality.  For more information read the complete case summary.

Wal-Mart Stores Inc. pleaded guilty in cases filed by federal prosecutors in Los Angeles and San Francisco to six counts of violating the Clean Water Act by illegally handling and disposing of hazardous materials at its retail stores across the United States. It also pleaded guilty in Kansas City, Mo., to violating the Federal Insecticide, Fungicide and Rodenticide Act (FIFRA) by failing to properly handle pesticides that had been returned by customers at its stores across the country.  As part of a plea agreement filed in California, Wal-Mart was sentenced to pay a $40 million criminal fine and an additional $20 million that will fund various community service projects, including opening a $6 million Retail Compliance Assistance Center that will help retail stores across the nation learn how to properly handle hazardous waste.

Pursuant to the plea agreement filed in Missouri Wal-Mart agreed to pay a criminal fine of $11 million and to pay another $3 million to the Missouri Department of Natural Resources, which will go to that agency’s Hazardous Waste Program and will be used to fund further inspections and education on pesticide regulations for regulators, the regulated community and the public.  For more information read the complete case summaries - California or Missouri. 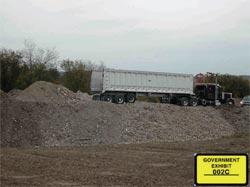 Thousands of tons of asbestos-contaminated construction debris on a 28-acre piece of property on the Mohawk River in upstate New York.

The charges involved conspiring to violate the Clean Water Act, the Superfund statute, wire fraud and defrauding the United States by illegally dumping thousands of tons of asbestos-contaminated construction debris on a 28-acre piece of property on the Mohawk River in upstate New York. The defendants conspired to illegally dump fill in the entire property over the course of five years with pulverized construction and demolition debris that was processed at New Jersey solid waste management facilities and then transported to open property in Frankfort, N.Y.

Omega Protein, Incorporated (“Omega”) headquartered in Houston, Texas, with operations in Reedsville, Virginia, was sentenced for two violations of the Clean Water Act stemming from its activities in the menhaden fishing industry.  Omega was sentenced to 3 years of probation and financial penalties totaling $7.5 million.

The company produces fish oil and fish meal derived from menhaden, a small, oily, Omega-3 rich fish that live off the east coast of the United States.  Omega’s processing facility generated a fish waste known as “Bail” water that was permitted to be discharged at a point beyond three nautical miles from the shore, provided it was not mixed with any other chemicals or wastes. Instead, Omega combined the Bail water with pollutants generated by the processing operations and a caustic substance. This material was then discharged into the Chesapeake Bay at a point less than three nautical miles from the shore.

Brian Raphael D’Isernia, and Lagoon Landing, LLC, a corporation controlled by D’Isernia, were sentenced for illegal dredging and felony wetlands violations.  The two defendants were ordered to pay a criminal fine totaling $2.25 million dollars, the largest criminal fine assessed for wetlands violations in Florida history. D’Isernia was sentenced to a fine of $100,000 while Lagoon Landing, LLC, was sentenced to a term of probation of three years, a fine of $2.15 million, and a community service payment of $1 million to the National Fish and Wildlife foundation, a charitable non-profit organization created by Congress.

Between 2005 and 2010, Lagoon Landing used tractors and other heavy equipment to alter and fill wetland areas of property it controlled in Allanton without obtaining a permit. The wetland areas were adjacent to East Bay. The National Fish and Wildlife Foundation will use the money to fund projects for the conservation, protection, restoration and management of wetland, marine, and coastal resources, with an emphasis on projects benefiting wetlands in and around St. Andrew Bay. For more information read the complete case summary. 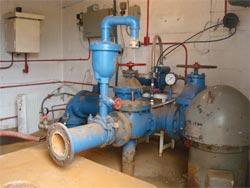 The pump that the Village of Crestwood used to draw water from an underground aquifer, which was used to supplement their drinking water drawn from Lake Michigan. This picture was taken after the pump was already disconnected from the well and taken out of service.

A former water department official for the Chicago’s southwest suburban Village of Crestwood was convicted of lying repeatedly to environmental regulators for more than 20 years about using a water well to supplement the village’s drinking water supply from Lake Michigan. The defendant, Theresa Neubaurer, former water department clerk and supervisor and currently its Crestwood’s police chief on leave, was found guilty of all 11 counts of making false statements by a federal jury after a week-long trial. A co-defendant, Frank Scaccia, the village’s retired certified water operator, pleaded guilty  to making false statements and is also awaiting sentencing.

The substantial majority of Crestwood’s drinking water came from Lake Michigan and was purchased from neighboring Alsip, which, in turn, had purchased the water from the City of Chicago after it was treated and tested pursuant to state and federal environmental regulations. Since 1982, Crestwood regularly supplemented the Lake Michigan water with water drawn from an underground aquifer through a well (Well #1), in part, because of substantial leakage in its water distribution system, which Crestwood officials failed to adequately repair.

Sentencing has not yet occurred. For more information read the DOJ Press Release.

Transocean Deepwater Inc. agreed to plead guilty to violating the Clean Water Act (CWA) and to pay a total of $1.4 billion in civil penalties and criminal fines, for its conduct in relation to the Deepwater Horizon disaster, the largest oil spill in U.S. history.

In February 2013, Transocean Deepwater Inc. pled guilty and was sentenced to pay $400 million in criminal fines and to continue its on-going cooperation in the government’s criminal investigation. The company was also sentenced to five years probation, the maximum term of probation permitted by law.

The agreements are the result of work by the Deepwater Horizon Task Force which includes the Department of Justice; U.S. Attorneys’ Offices; the FBI, EPA, Department of the Interior, National Oceanic and Atmospheric Administration Office of Law Enforcement, U.S. Coast Guard, U.S. Fish and Wildlife Service and the Louisiana Department of Environmental Quality. For more information read the complete case summary. 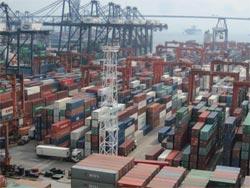 Executive Recycling, Inc. and Brandon Richter, its owner and chief executive officer were sentenced for their roles in a fraudulent scheme related to the disposal and exportation of electronic waste to foreign countries. Executive Recycling, was sentenced to pay a $4,500,000 fine and serve 3 years on probation. Richter was ordered to serve 30 months in federal prison, followed by 3 years on supervised release, and was ordered to pay a $7,500 fine, $70,144 in restitution, and $142,241.10 in asset forfeiture. The defendants were convicted by a federal jury of multiple counts of mail and wire fraud and environmental crimes related to the illegal disposal of electronic waste, smuggling, and obstruction of justice, following an 11-day trial.

Executive Recycling was an electronic waste recycling business located in Englewood, Colorado with affiliated locations in Utah and Nebraska. The company collected electronic waste from private households, businesses, and government entities. The defendants exported electronic waste, including CRTs, which contain lead, from the United States to foreign countries, including the People’s Republic of China. For more information read the complete case summary. 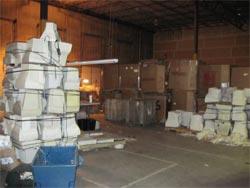 A Michigan computer company and its owner pled guilty and were sentenced for trafficking in counterfeit goods and services and violating environmental laws. Mark Jeffrey Glover received 30 months in prison and a $10,000 fine, and his company, Discount Computers, Inc. (DCI), a $2 million fine with $10,839 in restitution. DCI was also sentenced for storing and disposing of hazardous waste without a permit.

DCI, headquartered in Canton, Mich., with warehouses in Maryland Heights, Mo., and Dayton, N.J., exported used cathode ray tube (CRT) monitors to countries in the Middle East and Asia. Egypt prohibits the importation of computer equipment which is more than five years old. To evade this requirement, all three DCI locations replaced the original factory labels on used CRT monitors with counterfeit labels, which reflected a more recent manufacture date. Over a five-year period, DCI sent at least 300 shipments to Egypt, with a total shipment value of at least $2.1 million, constituting more than 100,000 used CRTs monitors. For more information read the complete case summary.

Halliburton Pleads Guilty to Destruction of Evidence in Connection with Deepwater Horizon Disaster and Is Sentenced to Statutory Maximum Fine (Title 18, Louisiana)

Halliburton Energy Services Inc. (Halliburton) pleaded guilty to destroying evidence pertaining to the 2010 Deepwater Horizon disaster and was sentenced to the statutory maximum fine of $200,000 and three years probation.

Following the explosion which resulted in the death of 11 workers and the largest oil spill in U.S. history, Halliburton destroyed computer simulations which could have provided evidence on the cause of the blowout. For more information read the DOJ Press Release.