On November 19, 2012, a consent decree with Honeywell International, Inc. and 23 other parties was lodged in federal court. The agreement requires the performance of pre-construction project design work and requires Honeywell to carry out the actual cleanup work of the contaminated soil and groundwater at the Quanta Resources Superfund Site in Edgewater, N.J. The pre-construction design work is expected to take approximately two to three years and cost $78 million.

After the pre-construction project design is completed and approved by EPA, the cleanup will proceed at the site. Because of the complexity of the site, a separate study of the Hudson River and sediment contamination will lead to a subsequent cleanup plan for that phase of the overall cleanup.

Information about the Companies 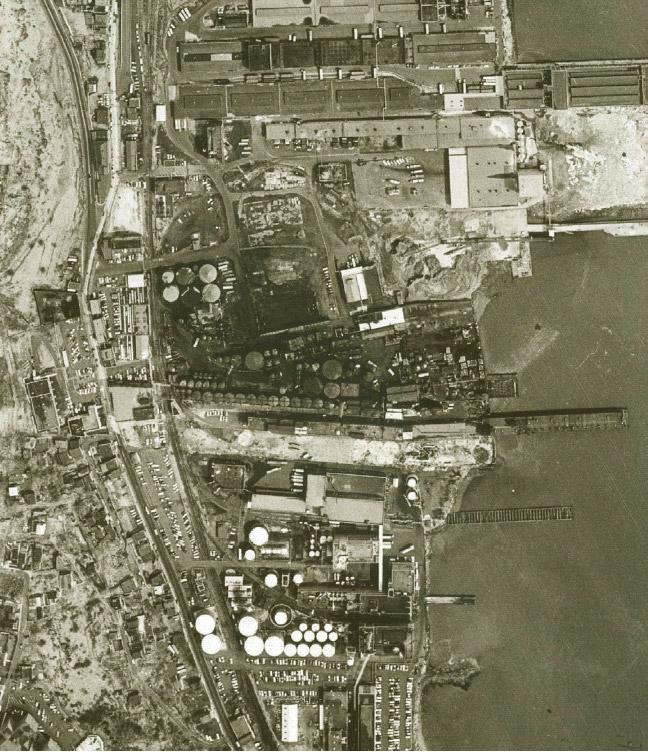 Aeriel photograph of the Quanta complex, circa 1930

The Quanta Resources Superfund Site is adjacent to the Hudson River and includes part of the river. The site, located on River Road at the intersection of Gorge Road in Edgewater, N.J., was built as a coal tar facility beginning in the 1880s. In the 1970s, the site’s “tank farm” was used to store waste oil prior to reprocessing. The State of New Jersey closed the facility in 1981 when some storage tanks were found to contain waste oil contaminated with polychlorinated biphenyls (PCBs).

The site contains an estimated 150,000 cubic yards of contaminated soil requiring treatment to protect people that may come into contact with it. Among other steps in this phase of the cleanup, the EPA will solidify and stabilize areas of soil contaminated with oily liquid and arsenic by turning them into leak-proof blocks underground. Throughout the cleanup, monitoring, testing and further studies will be conducted to ensure the effectiveness of the remedy.

The consent decree, filed with the Federal District Court for the District of New Jersey on November 19, 2012, was subject to a 30-day public comment period and subsequent approval by the federal court.