(Washington, DC - April 05, 2012) The Department of Justice and the U.S. Environmental Protection Agency (EPA) today announced an innovative environmental agreement with Ohio-based Marathon Petroleum Company that already has significantly reduced air pollution from all six of the company’s petroleum refineries. In a first for the refining industry, Marathon has agreed to state‑of‑the‑art controls on combustion devices known as flares and to a cap on the volume of waste gas it will send to its flares. When fully implemented, the agreement is expected to reduce harmful air pollution by approximately 5,400 tons per year and result in future cost savings for the company.

The settlement is part of the EPA’s national effort to reduce air pollution from refinery, petrochemical, and chemical flares. A flare is a mechanical device, ordinarily elevated high off the ground, used to combust waste gases. The more waste gas a company sends to a flare, the more pollution that occurs. The less efficient a flare is in burning waste gas, the more pollution that occurs. EPA wants companies to flare less, and when they do flare, to fully combust the harmful chemicals found in the waste gas.

Overview of Company and Location of Facility

Marathon Petroleum Company, LP and Catlettsburg Refining, LLC ‘s(collectively “MPC”) six refineries in the United States process approximately 1.15 million barrels per day (bpd) of crude oil. While MPC’s refining capacity ranks it as the fifth largest in the United States (15% of U.S. refining capacity), MPC does not own or control oil and gas reserves and does not engage in crude oil exploration or production. MPC processes a broad range of crude oils from domestic and international sources and produces products including asphalt, gasoline, diesel fuels, and propane. MPC is the top asphalt producer in the U.S. and operates an extensive retail operation located primarily in the Midwest.

The consent decree requires the following actions to resolve the CAA claims: 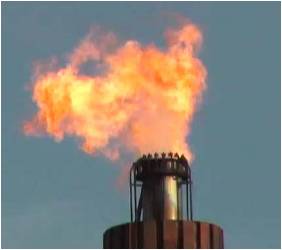 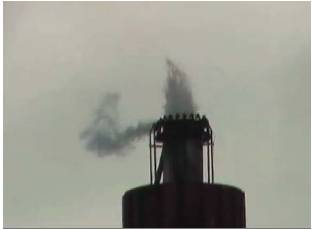 As an environmental mitigation project, MPC is required to control the sludge handling system at its Detroit Refinery.  These controls are projected to reduce at least 15 tons per year of VOCs and at least one ton per year of benzene.  The cost of this project is estimated at approximately $2.2 million.

Sludge is a pollutant containing semi-solid material that is generated during the processing of wastewater. It can off‑gas VOCs and other volatiles to the atmosphere. MPC can legally emit VOC and benzene emissions from its Detroit sludge handling system because the emissions are within the allowable amount pursuant to MPC’s  Benzene Waste Operations NESHAP (40 C.F.R. Part 61, Subpart FF) compliance option. This project will involve replacing open-air units with units closed to the environment, and installing controls on several tanks.

Because MPC started implementing controls during settlement talks, EPA estimates the following pollution reductions occurred by the end of 2011:

MPC projects additional reductions between 2012 and CD implementation as follows:

MPC will pay a $450,000 civil penalty to the United States to resolve the CAA violations and $10,000 to resolve EPCRA/CERCLA violations.

MPC has provided a unique level of resources, expertise, and assistance to EPA to develop and advance the scientific knowledge and technology for measuring emissions of VOCs and HAPs from industrial flares, including but not limited to:

The proposed settlement is lodged in the U.S. District Court for the Eastern District of Michigan. The consent decree will be subject to a 30-day public comment period and final court approval.  Information on submitting comments is available at the Department of Justice website.