You may need a PDF reader to view some of the files on this page. Refer to EPA’s About PDF page to learn more. 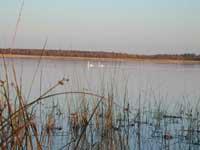 Monitoring fish for chemical contamination in lakes and reservoirs is a critical activity for protecting human health because these areas are important for sport fishing and other recreational activities. The 2008 Biennial National Listing of Fish Advisories reports that 43% of the nation’s lake acres are under fish consumption advisories.

Lakes and reservoirs occur in a variety of landscapes and can receive contaminants from several sources, including direct discharges into the water, air deposition, and agricultural or urban runoff. Lakes were the focus of this study because they are environments where contamination accumulates and is more readily detectable.

EPA initiated the National Study of Chemical Residues in Lake Fish Tissue (or National Lake Fish Tissue Study) in 1998 as a priority activity under the Agency’s Persistent, Bioaccumulative and Toxic (PBT) Chemical Program. It supports the PBT Program and other Agency programs by providing data for a large set of chemicals in fish that could affect the health of people and wildlife that eat fish from these environments.

Why is this Study Important?

The National Lake Fish Tissue Study is important because it:

What are the Basic Elements of the Study Design? 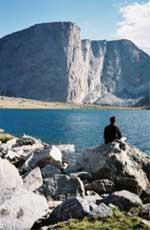 EPA worked with partner agencies over a four-year period (2000-2003) to collect fish from 500 lakes and reservoirs selected randomly from the estimated 147,000 target lakes and reservoirs in the lower 48 states. The lakes were divided into 6 size categories, ranging in size from 2.5 to over 900,000 surface acres, with a similar number of lakes in each category. Before sampling, field teams verified that each lake is a permanent body of water with a depth of at least one meter and a permanent population of target fish species.

Sampling teams applied consistent methods nationwide to collect composites of one predator species (e.g., bass or trout) and one bottom-dwelling species (e.g., catfish or carp) at each lake. Composites consisted of 5 adult fish of similar size that were large enough to provide 560 grams (20 ounces) of tissue for analysis of fillets for predators and whole bodies for bottom dwellers. Laboratories under contract to EPA analyzed each composite for 268 chemicals (including PCB congeners).

What Chemicals did EPA Select for the Study?

The study involved analyzing the fish tissue for:

Who Participated in the Study?

EPA formed a national network of study partners to pursue a broad range of activities, from development of the study design to collection of fish for the study. Important contributors include:

What are the Key Study Accomplishments?

The study consists of four phases:

What Information is Available?