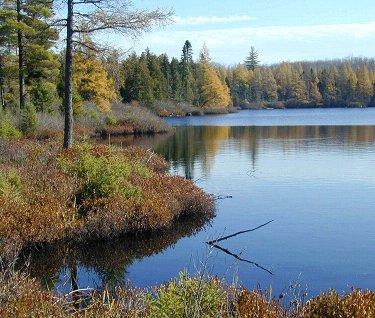 The purpose of this study was to generate data to protect the health of people and wildlife that eat fish from lakes. This study was the first statistically‐based freshwater fish contamination study conducted on a national level.

Environmental monitoring provides crucial data for describing the condition of the environment and for assessing the effectiveness of pollution control activities. In the 1990s, EPA identified a lack of information necessary to accurately characterize the condition of the Nation’s surface waters and responded by designing a series of statistically-based surveys to produce information on the condition of lakes, streams, rivers, and coastal waters in the United States. The National Study of Chemical Residues in Lake Fish Tissue (or National Lake Fish Tissue Study) is one of the statistically-based surveys conducted by EPA since the late 1990s.

This study is a national screening-level survey of chemical residues in fish tissue from lakes and reservoirs in the conterminous United States (lower 48 states), excluding the Laurentian Great Lakes and Great Salt Lake. It is unique among national assessments of fish contamination in lakes because the sampling sites were selected according to a statistical (random) design. Study results allow EPA to estimate the percentage of lakes and reservoirs in the United States with chemical concentrations in fish tissue that are above levels of potential concern for humans or for wildlife that eat fish. This study also includes the largest set of chemicals ever studied in fish. Whole fish and fillets were analyzed for 268 persistent, bioaccumulative, and toxic (PBT) chemicals, including mercury, arsenic, dioxins and furans, the full complement of polychlorinated biphenyl (PCB) congeners, and a large number of pesticides and semivolatile organic compounds.

Partnerships made this study possible. Prior to beginning field sampling for the study, EPA built a national network of partners that included 47 states, three tribes, and two other federal agencies. Fisheries staff from more than 50 agencies worked for nearly five years to evaluate the suitability of lakes for sampling and to collect fish for the study. This study provides an excellent example of state, federal, and tribal collaboration. Participating agencies made a critical contribution to the success of this study through their voluntary commitments and dedicated efforts.