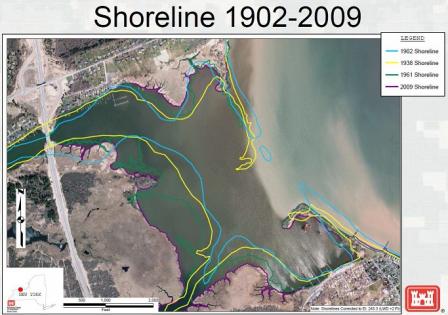 Costing an estimated $9 million, this habitat restoration project is funded through the Great Lakes Restoration Initiative (GLRI). It will be accomplished through a partnership of the U.S. Army Corps of Engineers (USACE) and the U.S. Fish and Wildlife Service (USFWS), with EPA's Great Lakes National Program Office (GLNPO) coordinating.

This project is restoring and protecting the approximate 340 acres of emergent and submergent marsh areas currently in the Braddock Bay area of the Rochester Embayment Area of Concern (AOC). 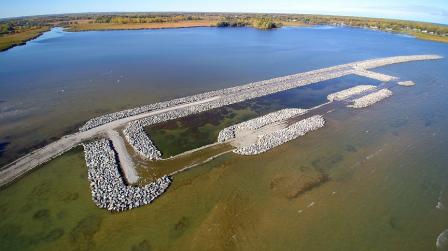 Beginning in 2016, restoration started with the re-creation of a historic barrier beach which protects the Bay from the onslaught of Lake Ontario wind, waves, and winter damage or erosion.

This barrier beach will improve Braddock Bay by:

Recreational communities such as boaters and fishers are also expected to benefit greatly from the barrier beach and the improvements to the wetland areas.  The once esteemed recreational area has suffered from blockages in the navigation channel and losses of wetland habitats due to the erosion of the former barrier beach that had served as protection from Lake Ontario’s occasional choppy waters.

This project also enhances the current diversity of the 180 acres of emergent wetland by increasing open water areas within its interior through the creation of channels and potholes. These channels and potholes , along with the additional 2 acres of wetland creation in 2017, will provide a pathway for fish to enter the marsh and provide for fringe sedge-grass meadows, ultimately increasing the diversity of wetland habitats present. 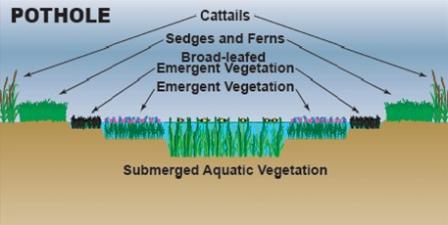 Through channeling and potholing, spawning and habitat areas for fish and wildlife are recreated.  They have made huge strides in improving the overall quality of these natural areas.  Approximately 8.89-acres of channels and potholes were dredged and excavated to recreate the historic diversity of the wetlands.  All material excavated to construct the channels and potholes was reused on site and graded to create a more diverse topography which will promote floral and faunal richness.

Approximately 5-acres of the existing emergent marsh will be chemically and mechanically treated to reduce cattail and other invasive species in this area, and support restoration of sedge meadow marsh in these areas.