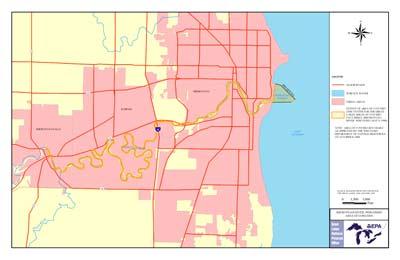 The Sheboygan River was designated as an AOC under the 1987 Great Lakes Water Quality Agreement. Some of the sources of contamination include:

These contaminants were detrimental to both fish and wildlife communities in and near the river. Restrictions on fish consumption, loss of natural fish and wildlife habitat, and dredging restrictions due to contaminated sediment deposits created a stigma surrounding the area. Cleaning up contaminated sediment and restoring natural habitat for wildlife have benefited the community by making the river healthier for people and wildlife, increasing recreational opportunities, quality of life, and overall perceptions of the area.

A good indicator of remediation and restoration work succeeding is the removal of Beneficial Use Impairments (BUIs). BUIs are designations created by the International Joint Commission, representing different types of significant environmental degradation. As cleanup work is completed and monitoring demonstrates sufficient environmental health improvements, BUIs can be removed. Two of the nine BUIs have been removed at this AOC. Once all BUIs have been removed, the process of delisting the AOC can begin.

General information about Beneficial Use Impairments of the Great Lakes AOCs

The Sheboygan River AOC is one of eleven AOCs that has all Management Actions complete. These Management Actions have included projects targeting sediment remediation, navigational dredging and habitat restoration. In total, approximately 400,000 cubic yards of contaminated sediment were remediated and 72 acres of habitat were either enhanced or restored. The Sheboygan River AOC has been a shining example of successful collaboration efforts between the federal, state and local partners in cleaning up contaminated sediments and restoring degraded habitat to increase environmental productivity and improve recreational potential.

Habitat restoration projects have contributed to a healthier environment for fish and other wildlife. Increased connectivity between habitats, more breeding and spawning habitats, the removal of invasive species and the stabilization of riparian and shoreline habitats has bolstered local fish and bird populations. Additionally, fish and wildlife tumors, reproductive issues, and other deformities should begin to subside due to the removal of PCB- and PAH- contaminated sediments. Along with navigational dredging and the removal of sediment deposits, there is increased potential for recreational use of the Sheboygan River.

Project goals and activities at Kiwanis Park included enhancing 0.75 miles of riparian and shoreline habitat through naturalizing the shoreline, replacing rip-rap material, retrofitting storm water outfalls to reduce erosive flows, and establishing a native vegetation buffer along the shoreline. Additionally, 3.1 acres of habitat were improved to extend connectivity for fish and wildlife species between habitat areas along the river in downtown Sheboygan. The habitat restoration of this project occurred within a city park. This GLRI-funded project was completed in partnership between Wisconsin Department of Natural Resources and the City of Sheboygan. 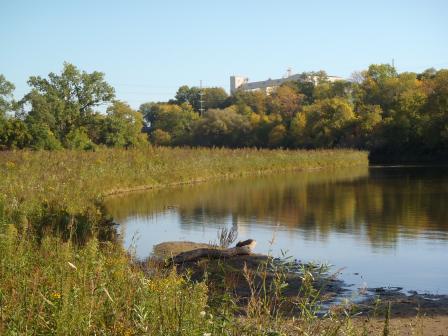 Habitat restoration for fish and wildlife populations at Wildwood Island (Credit: GEI Report).Project goals at Wildwood Island included providing in-stream, shoreline and backwater habitat for native fish and bird populations. Project activities at Wildwood Island included stabilizing approximately 1,800 linear feet of the island to protect existing riparian habitats and removing target invasive species (phragmites, purple loosestrife, and buckthorn) from approximately 18 acres to improve wildlife habitat. Roughly 9 acres of native vegetation and nesting habitat were enhanced to provide breeding and stopover habitat for migratory and resident bird populations. Additionally, over 3 acres of vegetated deep marsh and wet meadow were established to promote northern pike spawning. This GLRI-funded project was completed through a partnership among the Wisconsin Department of Natural Resources, City of Sheboygan, U.S. Department of the Interior Bureau of Land Management, and was informed by data collected by the U.S. Geological Survey. 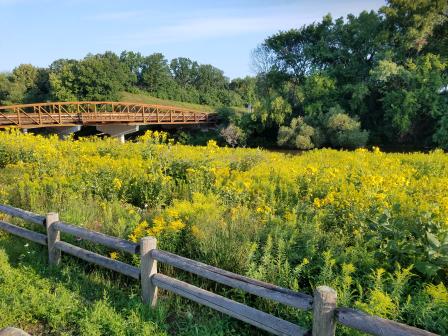 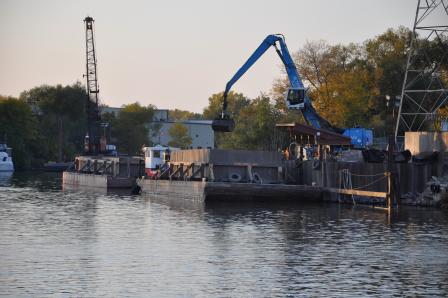 Project goals of the Great Lakes Legacy Act work included improving recreational use of the Sheboygan River and reducing current restrictions on fish consumption. Shallow deposits of contaminated sediment damaged boats and created a stigma surrounding the area. Additionally, PCB- and PAH-contaminated sediments negatively impacted the food chain, leading fish and other wildlife to develop tumors, reproduction problems, and other deformities. Bioaccumulation of these contaminants resulted in restrictions on fish consumption in the lower 14 miles of the Sheboygan River. Project activities included mechanical dredging and sand cover to remediate 148,000 cubic yards of contaminated sediments between the Kiwanis Park and the 8th Street Bridge. Legacy Act sediment dredging and sand cover was completed in 2013 in partnership with the Wisconsin Department of Natural Resources, Sheboygan County, the City of Sheboygan, Pollution Risk Services, and the Wisconsin Public Service Corporation at a total cost of $32 million. An additional 100,000 cubic yards of contaminated sediment was remediated under Superfund.

In addition to the GLLA project and Superfund remedial action, EPA also performed a $21 million GLRI strategic navigation dredging project, removing an additional 153,000 cubic yards of PCB-contaminated material. The project included $4 million in local contributions from the WDNR, the City of Sheboygan, Sheboygan County, and the Wisconsin Department of Transportation through a Harbor Assistance Program grant. The strategic navigation project was performed downstream of the 8th Street Bridge to the mouth of the river and was completed in 2012.