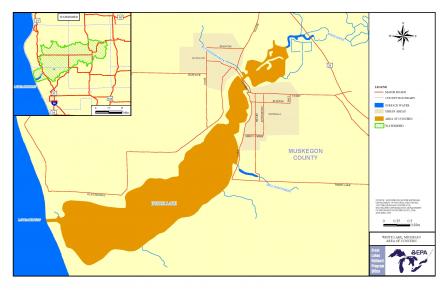 White Lake is located in Muskegon County along the eastern shore of Lake Michigan.  In 1987, it was declared a Great Lakes Area of Concern under the Great Lakes Water Quality Agreement. In 2014, White Lake was removed from the binational list of AOCs after years of remediation and restoration work improved environmental conditions in the lake. The Michigan Department of Environment, Great Lakes, and Energy continues to monitor White Lake.

A long history of chemical manufacturing, waste disposal practices, municipal wastewater discharges, tannery operations, and other activities contributed to the degradation of White Lake. The major environmental problems affecting the lake at the time of listing were contaminated groundwater discharges to the lake, heavy metals and other compounds contaminating sediment, and excess nutrients from municipal wastewater discharges. Since the designation of AOC, a variety of public and private remediation and restoration efforts have led to improvement in overall water quality and the removal of BUIs.

The White Lake AOC includes White Lake proper and a source area zone of 0.4 km (0.25 mi) around the lake.

Removing Beneficial Use Impairments is a key measure for demonstrating success in improving environmental conditions at an AOC. Beneficial use impairments are designations given by the International Joint Commission representing different types of significant environmental degradation. As cleanup work is completed, and monitoring demonstrates sufficient environmental health improvements, BUIs can be removed. Out of 14 BUIs, 8 were designated for the White Lake AOC. The list below shows the removed BUIs.

The White Lake Area of Concern was delisted in 2014.

EPA, along with the State of Michigan, Muskegon Conservation District, the White Lake Public Advisory Council, federal partners, and others, did extensive work to address the BUIs within the AOC including: removing contaminated sediments; restoring shoreline habitat; fish surveys; and investigating other potential environmental impairments. Over 100,000 cubic yards of sediment contaminated by past industrial action were removed from the AOC. EPA and partners also restored over 50 acres of critical wetland, riparian, and nearshore habitat with the goal of revitalizing fish and wildlife populations within the AOC. After nearly three decades of monitoring, planning, and implementing remedial actions, the White Lake AOC was delisted in 2014. 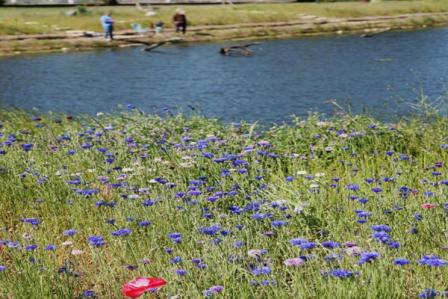 Native plants along a restored portion of the White Lake shoreline. 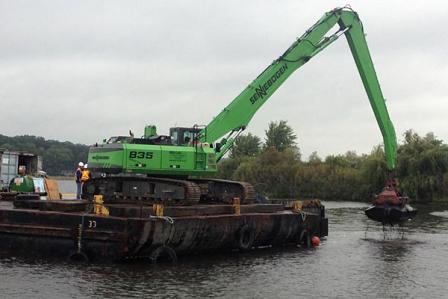 This project targeted the Degradation of Aesthetics BUI.