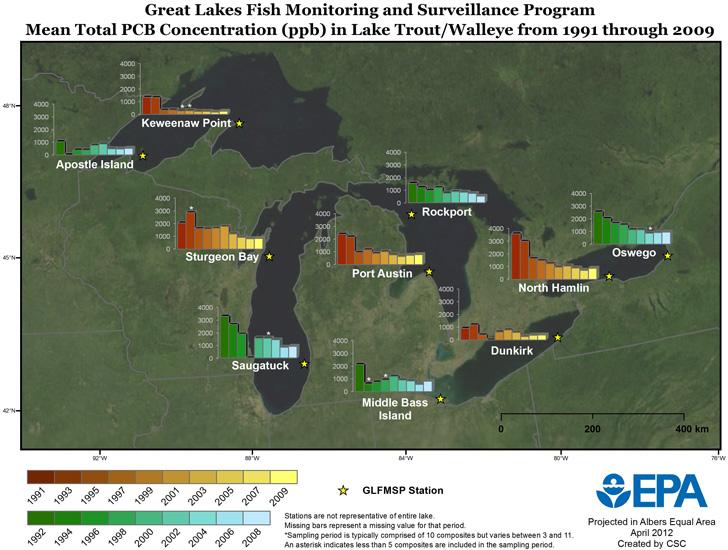 Mean Total PCB Concentration in Lake Trout/Walleye from 1991 through 2009. Click to open larger map.Polychlorinated biphenyls (PCBs) are chlorinated compounds that were used as coolants and lubricants in electrical equipment. The production of PCBs was banned in 1977 but the compounds are still present in the environment. Median PCB concentrations in Lake Trout in Lakes Superior, Huron, and Ontario and Walleye in Lake Erie continue to decline; however, they are still above the target of 0.1 µg/g ww in the 1987 Great Lakes Water Quality Agreement.

Studies suggest that rates of decline of PCB residues in fish are slowing or have stopped in some lakes (Bhavsar et al. 2007; Carlson et al. 2010). Despite potential changes in annual rates of decline, first-order log-linear regression models are still a good fit to observed concentrations in the lakes through time. Monitoring should clarify whether or not the rates of decline are slowing and statistical methods to assess trends will be altered as required.