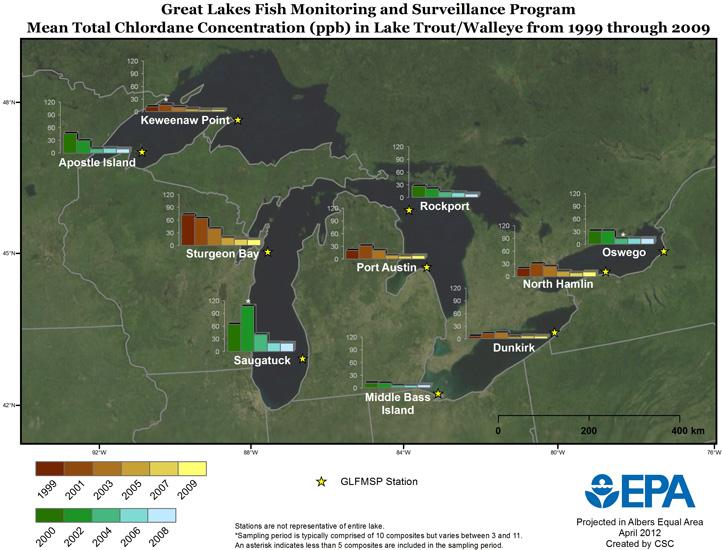 Mean total chlordane concentration (ppb) in lake trout/walleye from 1999 through 2009. Click to open larger map.In 1983, the U.S. banned chlordane, an insecticide, except for killing termites. In 1988, chlordane became illegal to use at all. Since its ban, chlordane levels slowly declined in whole Lake Trout and Walleye. Chlordane in fish seemed to have evened out, showing no significant increase or decrease. Lake Michigan trout have the highest levels, followed by Lake Ontario, with average levels in Lakes Superior, Huron, and Erie fish.