Also on April 25, GPP released updates to its Top Partner Rankings, which feature leading Partner organizations that use green power. In total, the Partners featured on the Top 100 list use more than 41 billion kWh of green power.

The National Top 100 Partners list saw a lot of movement in the first quarter of 2018. While the top three spots on the national rankings remained stable, upsells by Apple and Equinix helped both companies move up to the No. 4 and No. 5 spots, respectively. Additionally, two new Partners—Anheuser-Busch Companies and T-Mobile—appear on the list for the first time and are also ranked in the Top 20. Also making its inaugural appearance on the list is George Washington University (No. 97).

To see what else changed on the Top Partner Rankings this quarter, visit www.epa.gov/greenpower/green-power-partnership-top-partner-rankings. 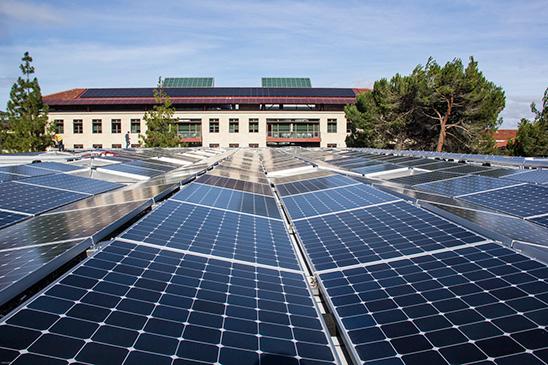 PV panels were installed on 15 campus locations, including some very visible locations such as the Science and Engineering quad (shown here) and Maples Pavilion, where home basketball games are played. Credit: Linda Cicero.Located in Stanford, California, Stanford University is one of the world's leading teaching and research universities.

Stanford joined the Green Power Partnership in 2017. As of April 2018, the university uses more than 157 million kWh of green power and is ranked in the sixth spot on the Top 30 College & University list. The institution also led the Pac-12 Conference in green power procurement for the 2017-18 College and University Green Power Challenge. 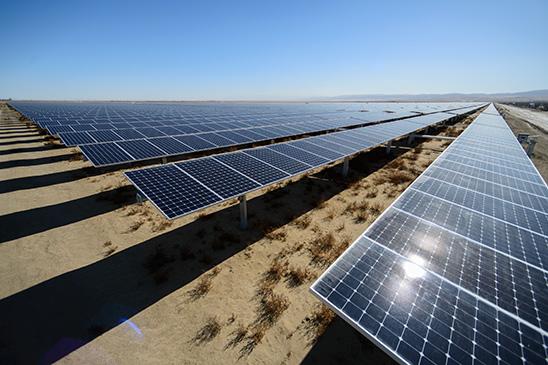 Photo of the Month – Johnson & Johnson 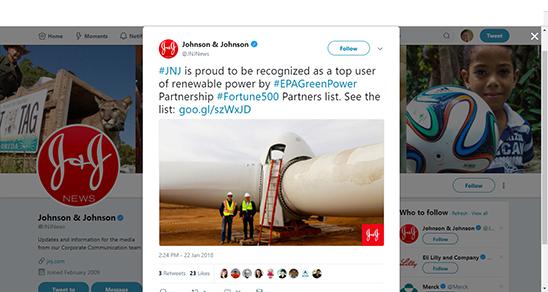 Green Power Supply Options Screening Tool: This table helps those looking to procure green power to identify and compare different supply options that offer certain benefits and characteristics. The table is divided between retail and project-specific green power supply options and details characteristics like ease of purchase or transaction, cost savings, length of commitment, availability, location of generation, and impact on the creation of new green power supply.

Organizations that are just starting out in the green power market or who are unfamiliar with the benefits of different supply options can use this table to evolve their portfolio of green power use to better meet their objectives and goals.

You can find the tool here.

On April 25, EPA held a webinar to learn more about resources focused on municipalities developing solar photovoltaic projects! EPA is working with the Department of Energy (DOE) and the National Renewable Energy Laboratory to support local governments in meeting their environmental and energy goals through greater utilization of solar energy projects that serve municipal operations. If your local government is considering developing solar projects over the next two years, view this webinar to learn about how your municipality can take advantage of the resources that EPA will offer, how to participate in peer exchanges and workshops featuring experienced local government officials and industry experts, and how to be recognized by sharing your own project development experiences.

EPA also introduced the new Local Government Solar Project Portal which serves as a hub for accessing resources and recognizing municipal government progress towards developing solar projects through each step of the project development pathway.

NREL is developing training resources for municipalities seeking to deploy solar technologies on their facilities.

NREL will also be posting these resources for local governments to its website. The tentative schedule for posting materials is:

Report: Companies signed deals for 1,731 MW of renewables in Q1

Large companies announced deals for at least 1,731 megawatts of capacity in renewable power during the first quarter of this year, in a sign of continued strong corporate demand for renewable energy.

The amount of renewable energy that businesses contracted for during the first three months of 2018 was more than half the amount that companies agreed to buy during all of last year, according to figures compiled by GreenBiz Research and the Rocky Mountain Institute's Business Renewables Center.