Self-driving vehicles (a.k.a. automated vehicles) have captured the public’s imagination for decades. Recent developments in sensors and artificial intelligence have resulted in new technologies that make this once science fiction-sounding idea much closer to reality. Many of today’s new vehicles already have “driver assist” capabilities, with fully automated vehicles under development. 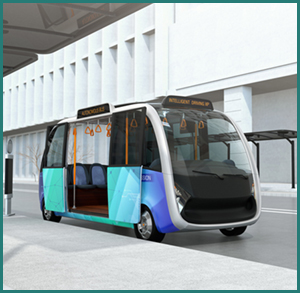 SAE International has defined five levels of automationExit, from Level 0 to Level 5, with Level 5 being full automation. The most advanced vehicles available today are already functioning at a Level 2, and many manufacturers are promising higher levels of automation in the near future.

Self-driving cars have the potential to drastically change both how people get around and the related environmental impact of people’s transportation and travel choices. Many of these impacts remain uncertain, but EPA continues to follow the developments in self-driving car technologies, policies, regulations, and environmental impacts to help make transportation cleaner and safer for everyone.