Young children face special risks related to chemical exposures because of their unique biological makeup and child-specific behaviors; however little is known about young children’s exposures and the factors that impact exposure. 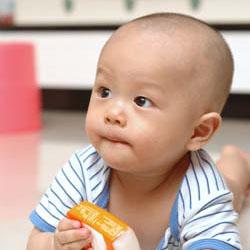 To protect children’s health, EPA scientists have conducted a series of studies to provide a better understanding of the chemical sources, pathways and routes of exposure, and other factors that contribute most to children’s exposures to chemicals. This will allow for better and earlier decisions on when and how to reduce or eliminate children’s exposures to chemicals. Research to date has included laboratory studies, pilot-scale and large field studies, and modeling research.

EPA scientists are considering several factors in this research, including the influence of:

Some of EPA’s current and past children’s research includes:

EPA’s children’s exposure research is providing critical data needed to fill existing data gaps in exposure and risk assessments for children. This research provides a better understanding of the sources, routes, pathways, and exposure factors that are important for children’s exposure, which allows for better and earlier decisions on when and how to reduce or eliminate environmental exposures that are potentially harmful to children.