The U.S. EPA’s Office of Research and Development (ORD) has developed a 3-D computational fluid dynamics (CFD) model of the human respiratory system.  The model is based on human scan data and can be adapted on the fly to account for age, ethnicity, and sex.

This novel, publicly available model is an important advancement in the field of aerosolized contaminant transport, deposition, and clearance in the human respiratory system. 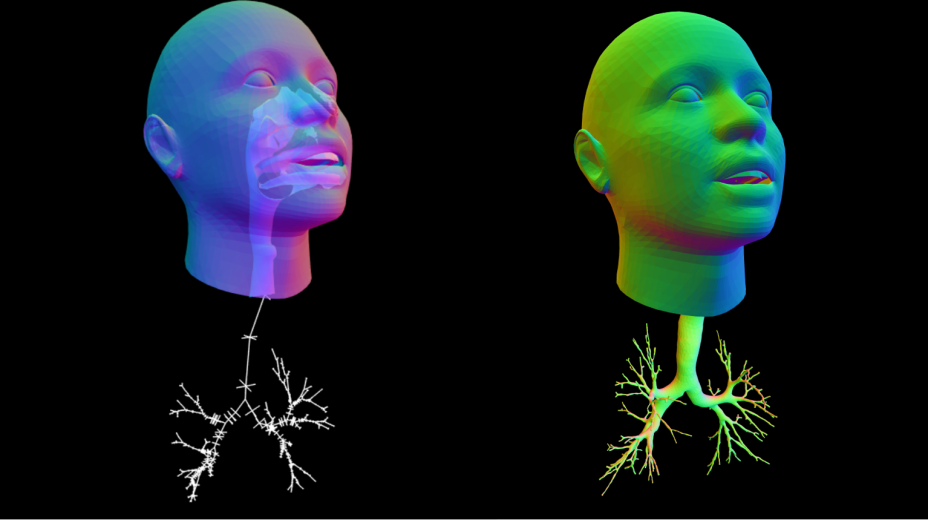 This highly adaptable model may be used for several research purposes:

The model's user interface enables researchers and the broader health community simplified access to this model and the associated data.

​The user inputs specifics such as sex, age, and the physical parameters they are investigating into the interface. A surface model is then generated that includes the nasal and oral cavities, pharynx, larynx, trachea, and three airway paths an average of 23 generations deep into each of the five lobes.  This specific surface model is then exported to a standard stereolithography (STL) CAD file format.