The Louisiana Military Department (LMD) began implementation of Phase 3 in March/April 2019. Phase 3 is on standby, as the buyer determines final removal and disposition of the system. The system must be removed from Area I prior to LMD’s post removal environmental assessment efforts as described in the Post Closure Plan. The timeline forward has not been determined.

EPA is continuing coordination with LDEQ, LMD and the Citizen’s Advisory Group to ensure a successful completion of this removal action. 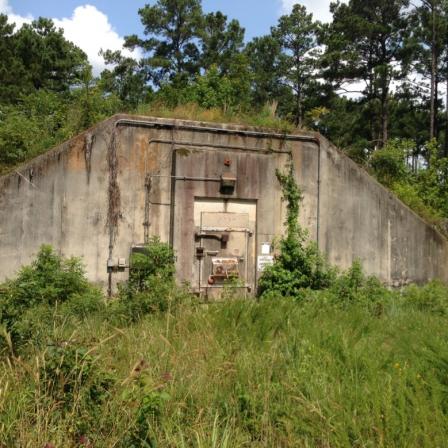 In 2012, an explosion occurred at the Explo Systems, Inc. operations within Camp Minden. The Louisiana State Police, the primary emergency response authority in Louisiana, responded and discovered large quantities of explosive and propellant materials improperly stored at Camp Minden. The Louisiana State Police immediately ordered Explo Systems, Inc. to store materials providing protection from the weather (heat, rain, cold) conditions. Weather conditions have a direct impact on the stabilizer used in explosives and propellants, and cause the stabilizer to deteriorate.

After completing the relocation of materials into enclosed structures (buildings and bunkers) within Camp Minden, Explo Systems, Inc. filed bankruptcy and abandoned the materials in August 2013. The Louisiana National Guard (Military Department) took ownership of the abandoned materials located on their property (Camp Minden).

In January 2014, EPA signed Administrative Order on Consent (AOC) with General Dynamics Ordinance and Tactical Systems, Inc (to include St Marks) and Alliant Tech Systems, Inc (now Orbital ATK, Inc.) to conduct a CERCLA removal action for about 3 million pounds (3,070,809 pounds) of explosive materials associated with previous ownership. Field operations were completed in August 2015.  Of the 3,070,809 pounds of material, approximately 2,104,161 pounds were recycled.

In April 2014, EPA signed Administrative Order on Consent (AOC) with Hercules, Inc. to conduct a CERCLA removal action for about 3 million pounds of materials associated with previous ownership. Fields operations were completed in December 2014.

On October 28, 2014, a CERCLA settlement agreement negotiated by Department of Justice was signed by EPA, LDEQ, Louisiana National Guard and Department of Army. The agreement was effective on November 4, 2015. On March 18, 2016, EPA issued a modification of the CERCLA Time-Critical Removal Action memorandum for Camp Minden. The amended action memo allowed alternative technologies to be considered in disposing of material abandoned by Explo and left deteriorating at the site.

Camp Minden is almost 15,000 acres in size and located mostly in Webster Parish, Louisiana. The facility was formerly known as the Louisiana Military Ammunition Plant, which is a National Priorities List Superfund site primarily because of problems caused by groundwater contamination, remediation is on-going.

The State of Louisiana entered into a contract with Explosive Service International (ESI) on June 17, 2015, to conduct the destruction of approximately 15,687,247 pounds of M6 propellant and approximately 320,890 pounds of Clean Burning Igniter (CBI) currently stored at Camp Minden, in Minden.

The initial contract was for $19,292,648 and may be increased to approximately $34-$35 million dollars. This is based on receipt of additional funding that comes from the U.S. Treasury's Judgment Fund on behalf of the U.S. Army for the work.

Concurrently, ESI was issued a Notice to Commence Work for the contract from the Office of State Procurement.

The LMD and ESI held several community meetings where ESI discussed the destruction process. More information will be provided as soon as possible.

The EPA, in accordance with provisions of the Camp Minden Administrative Order, notified the Louisiana Military Department (LMD) that the Agency will not exercise its right to disapprove any or all contractors and/or subcontractors outlined in the states April 14, 2014 recommendation for the alternative disposal of materials at Camp Minden. EPA continues to support an alternative technology for disposal and is quickly working to conclude efforts necessary in helping the state finalize its plans.

LMD recommended Explosive Service International (ESI) and their Contained Burn method of disposal be utilized for the disposal of the 15 million pounds of M6 Propellant and 320,000 pounds Clean Burning Igniter (CBI). The recommendation includes accepting the advanced air pollution control options to maximize safety and flexibility in handling the rapidly decomposing materials and deteriorating storage and packaging materials. The EPA completed an extensive review of the state's recommendation with the safety of the public as our most important consideration.

On March 18, 2016, EPA signed an amended action memo that allowed alternative technologies to be considered in disposing of the materials at the site. The amendment cleared the way for the Louisiana Military Department to review quotes for alternative methods and select a company to dispose of the M6 and CBI.

Earlier in March 2016, the Dialogue Committee participant's input regarding key attributes to a successful cleanup and identification of technologies that show promise for addressing the problem at Camp Minden were released in a public report. The report was the result of a tremendous commitment by the community to seek alternative solutions to address the materials at Camp Minden. It represented the culmination of endless hours of work, tireless study and research, and the incredible understanding and knowledge of the participants.

A Community Advisory Group (CAG) has been established and is holding meetings to share information about the cleanup at the site.

As work continues by LMD to complete contracting requirements for an alternative technology to dispose of material at Camp Minden, we are continuing to develop the necessary plans to support the state's efforts. Last month, EPA sought public feedback on the draft baseline sampling plan and the final plan is available. Sampling field activities began this week and will continue for 5 to 6 weeks.

On May 22, 2015, LMD officially requested written assurance from the Department of Justice and the Army that the Army would fund the alternative method of disposal.

On May 28, 2015 the US Department of Justice provided LMD written assurance to pay 100% of cost for on-site destruction of materials using a contained-burn system.

On May 28, 2015 EPA, LMD, LDEQ and Army representatives participated in a community meeting at the Doyline Baptist Church to provide an update and answer questions. A copy of the presentation is available on the Reference Documents webpage. The next community meeting is scheduled for June 11, 2015 at the Minden High School.

On March 24, 2015 EPA released the latest Department of Army technical assistance visit (TAV) report to the public. The visit was requested by Louisiana Military Department (LMD) after discovering condensation inside one of the magazines storing materials at Camp Minden. The assistance visit of the Clean Burning Igniters (CBI) and M6 propellant was completed from March 9 to 11, 2015. On Friday, March 20, 2015, EPA and LMD received a copy of the TAV report. A copy of the full March report is available. EPA worked closely with LMD to address the recommendations by Department of Army to secure the material stored in magazines and reduce exposure to moisture. EPA also directed the offsite disposal of the nitrocellulose container. EPA and LMD will closely monitor on-site conditions and request additional technical assistance from Department of Army as needed.

EPA recognized that the legal negotiations that led to the previous remedy approach and to the Administrative Settlement Agreement between Louisiana National Guard, Louisiana Department of Environmental Quality, EPA and the Department of Army did not provide the opportunity for public comment. A Dialogue Committee made up of citizens, community leaders, local representatives and state officials was established to review alternatives.

On March 13, 2015 the Camp Minden Dialogue Facilitator's Report was released and is available.

On November 2, 2016, EOD performed a remote in-place disposal operation for approximately 1,500 pounds of CBI that had not been consumed during the Bunker 2471 CBI disposal operation.  EPA utilized the Trace Atmosphere Gas Analyzer (TAGA) Bus to monitor for specific compounds of concern (diphenylamine).

EPA Air Monitoring and Sampling Property reports and the TAGA report will be posted to this website in the documents section as soon as they’ve been finalized.  LMD provided 24 hour notice to the community prior to all four disposal in-place operations. 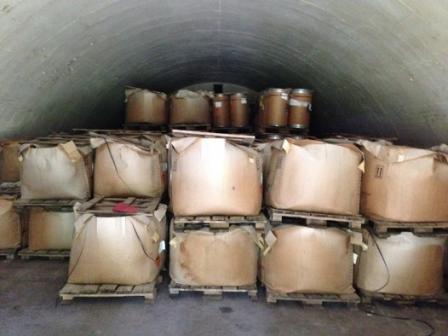 EPA will continue to attend the monthly or quarterly Citizens Advisory Group meetings and provide workshops as needed.

All inquiries from the news media should be directed to the EPA Region 6 Press Office at 214.665.2200 or email R6press@epa.gov.