The Bishopville Pond Dam in Maryland has been replaced with a series of pools, runs and step-like structures, improving water quality downstream and providing access for key fish species to spawn upstream.

The project involved removal of the four-foot high sheet metal dam and re-establishment of 635 linear feet of stable stream channel and a three-acre wetland area – opening up about seven miles of upstream habitat for spawning, and promoting vegetation to reduce nitrogen, phosphorus and sediment levels in the water.

EPA provided $100,000 for the project through the Maryland Coastal Bays Program Exit, one of 28 National Estuary Programs across the country. The funds helped leverage other financing for the $1.5 million project.

Removal of the 56-year-old dam is allowing fish like the blueback herring and alewife to move from salt water to fresh water to spawn. The fish traverse over gradual steps, or weirs, with pools in between to rest. The American eel also now has a gateway to the upstream waters. All three species are listed by the National Marine Fisheries Service as species of special concern for declining populations on the east coast.

Roman Jesien, science coordinator for the Maryland Coastal Bays Program, said the alewife and blueback herring are major forage species for commercial fish such as striped bass, tuna and sea bass. Their decline has put stress on other areas of the ecosystem.

“We are really excited that we saw alewife and white perch using the facility in its first year of operation,” Jesien said. Before the dam was removed, fish would “come up to the dam, slam their noses against it, and go back.” There are photos of young eel trying futilely to scale the dam.

The project Exit, 10 years in the making, is helping to reduce nutrient pollution in the St. Martin’s River, a tributary of the project site, Bunting’s Branch. The river, considered the most impaired in the watershed, flows to Assawoman Bay and then out to the Atlantic Ocean. Bishopville is less than 10 miles northwest of Ocean City, MD, just south of the Delaware state line.

The project removed nutrient-rich sediments that had accumulated above the dam. In addition, the water flow over the riffles is helping to increase dissolved oxygen levels. More improvements are expected as vegetation becomes established and increases the time water comes in contact with denitrifying bacteria. The Maryland Coastal Bays Program will monitor the results of the project over the next five years. 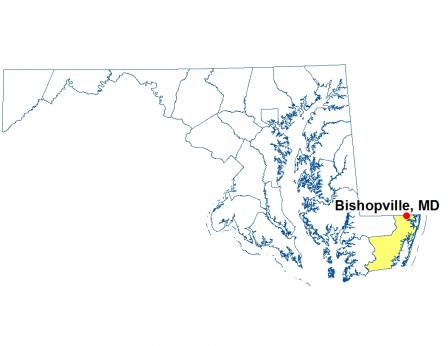 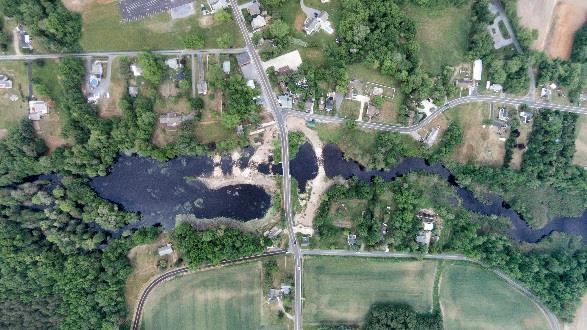