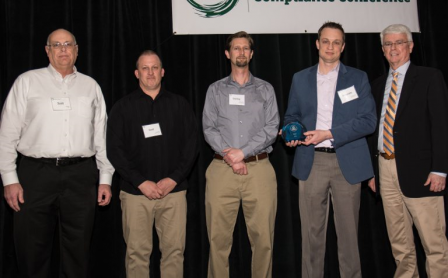 Bayer’s pollution prevention efforts from 2015 to 2017 focused on reducing wastewater generated from the washout of equipment used to formulate and package products. During a typical year, approximately 115 different products and 60 to 70 million pounds of products will be packaged. To prevent cross-contamination, the equipment must be cleaned between product runs. That cleaning uses a significant amount of water and generates wastewater that requires treatment or other management. Using 2014 as a baseline, 12.9 million pounds (1.54 million gallons) of water were used for washouts and an equivalent amount of wastewater was generated. 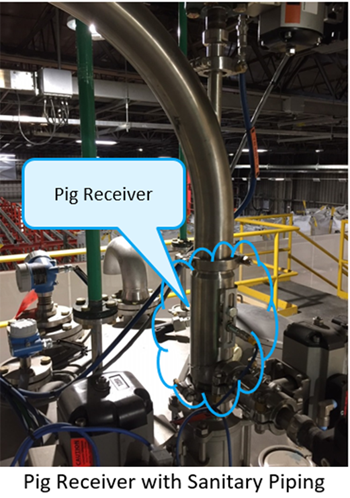 The following is a list of improvements made during the 2015-2017 time frame:

Additional benefits realized from these efforts include:

With 2014 as the baseline, there were 102 fewer washouts (27-percent reduction) in 2017 and the amount of wastewater generated was 3.2 million pounds (382,000 gallons) or 25 percent less in 2017. These improvements were accomplished while the quantity of products packaged increased by 14 percent in 2017, compared to 2014. Normalized to amount of goods packaged, the amount of wastewater generated was reduced by 34 percent. The reduced wastewater consumption saved Bayer $2.4 million at an average treatment cost of $0.30 per pound of wastewater treated during the three-year period.

Bayer’s efforts could serve as a model for others in several ways. These efforts embody the spirit of continuous improvement and it’s not about simply implementing one big change to reduce the amount of wastewater generated. Rather, it has required multiple projects and many individuals who added their own small but significant contributions. As such, these efforts demonstrate the benefits of implementing the Plan-Do-Check-Act (PDCA) cycle for carrying out change and can serve as a model to other organizations looking to address environmental challenges through a continuous improvement effort.

Another lesson to share is the power of measuring. Wastewater was a very significant part of the overall product cost. Until Bayer started measuring the amount of wastewater being generated, the facility did not have an appreciation of the true impact on the product cost. By measuring the amount of wastewater generated and establishing other key performance indicators, the facility also started tracking and seeing the results of the improvement efforts. This feedback of positive results in turn further fueled employees’ desire to make additional improvements.

Finally, Bayer learned the importance and benefits of considering and acting upon wastewater reduction efforts during the design phase of new projects. Addressing the conservation of water during washouts during the design of new formulation and packaging systems was found to be significantly more efficient than efforts to reduce wastewater generation after a system or operation had already been built and placed in operation. This concept is readily transferrable to other pollution prevention and conservation efforts.