From Carburetors to Golf: Youth Sports Facility to Arise from Decades-Long Site Cleanup in St. Louis 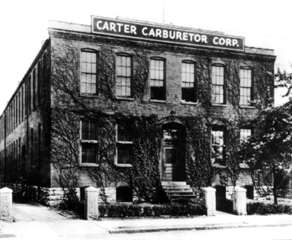 Undated vintage photograph showing the front of the Carter Carburetor Corporation building. (Photo credit: U.S. EPA)Over 100 years have passed since the Carter Carburetor Corporation opened its doors as a manufacturing plant in St. Louis. After shuttering for good in 1984 following a shift in the automotive industry, the property sat vacant for years while local and federal partners worked to address environmental contamination at the site.

In September 2020, EPA Region 7 joined the community to celebrate a successful cleanup that has readied the site to be revitalized as a youth sports facility for the Boys & Girls Club.

What was once an environmental hazard will now serve the Boys & Girls Club of Greater St. Louis as a youth golf training and mentoring facility. In partnership with the Gateway PGA REACH organization, they will build the facility on most of the site property. The St. Louis Land Reutilization AuthorityExitowns part of the site, which it wants to develop into a pollinator park, urban prairie feature, or community garden to support the surrounding reuse.

In its prime, Carter Carburetor was an energetic manufacturing plant, boasting 480,000 square feet of space in the heart of the city. The plant housed numerous buildings for offices, testing and manufacturing of carburetors for gasoline- and diesel-powered engines. 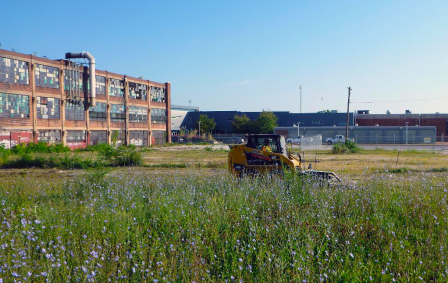 Rear of the Carter Carburetor building in 2013. (Photo credit: U.S. EPA)William Carter founded the company in 1909. Famed St. Louis architect Hugo K. Graf later designed the factory, which was built in 1915 on a 10-acre plot on North Spring Avenue. Carter stayed with the company until 1924 when he sold it to the American Car and Foundry Company (ACF).

During its tenure, Carter Carburetor supplied parts to major companies across the United States, including Chevrolet, Buick, Oldsmobile, Chrysler and Packard.

The company supplied carburetors until 1984, when ACF closed the factory following automakers’ switch from carburetors to electronic fuel injection. The property was then deeded to the Land Reutilization Authority of St. Louis. 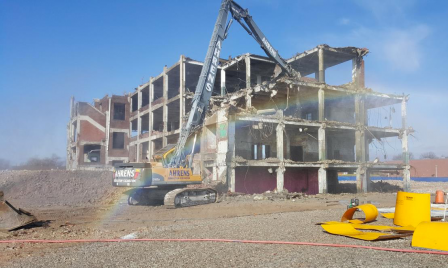 Demolition of the Carter Carburetor building following asbestos abatement in 2016. (Photo credit: U.S. EPA)Contaminants found at the site include polychlorinated biphenyls (PCBs), trichloroethylene (TCE), and asbestos. EPA initiated removal actions, including demolishing the former die-cast building and placing a temporary cap on the die-cast soils; constructing a security fence to prevent exposures to individuals who entered the former dilapidated buildings; and asbestos and debris removal to prepare the buildings for demolition.

In 2013, EPA entered into a $35 million settlement agreement with ACF Industries Inc. to pave the way for the site cleanup, building demolition and, ultimately, productive reuse.

Cleanup of the site began that year with the removal of asbestos and hazardous debris from buildings on the property. Demolition and removal of the buildings began in 2015. Additional waste removal work, on-site waste treatment, and other cleanup work continued into 2017. EPA and ACF completed site work in May 2020. As a part of the site cleanup, ACF conducted removal actions to address dilapidated buildings on-site that were heavily contaminated with PCBs and asbestos.

Cleaning Up for the Future 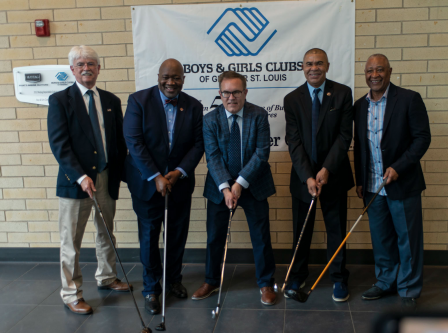 “Today is a historic day, not only for St. Louis, but also the Boys & Girls Club and this entire community,” Dr. Fowler said. “Today we will be signing the prospective purchaser’s agreement with EPA, providing the appropriate protection for the Boys & Girls Club as we move forward to secure the land from ACF and develop a project that will be beneficial to our program.”

“Transferring this property to the Boys & Girls Club allows them to provide another experience to the children of the community – the experience of learning golf and all of the disciplines and skills that it takes to play golf,” Gulliford said. 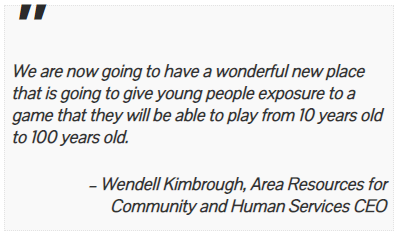 “It is exciting to see something go from a conversation to a concrete concept,” Kimbrough said. “We are now going to have a wonderful new place that is going to give young people exposure to a game that they will be able to play from 10 years old to 100 years old. It also gives us an opportunity to eliminate an eyesore and create a fun place for young people to play.”

At the event, Administrator Wheeler announced the completion of the cleanup at the Carter Carburetor Superfund Site and transferred ownership to the Boys & Girls Club of Greater St. Louis, who will work with Gateway PGA REACH to plan the construction of the youth golf training and mentoring facility.