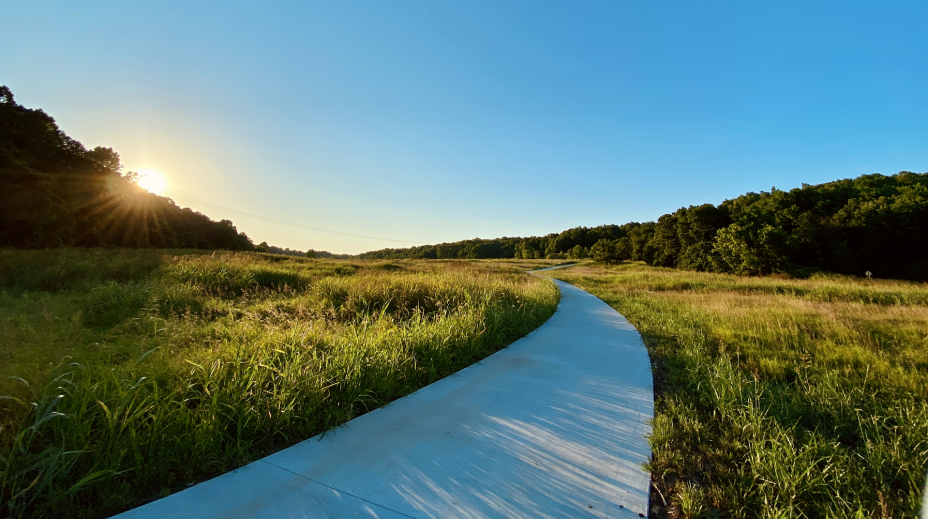 What was once an industrial landfill in Springfield, Missouri, is now a section of the Fulbright Spring Greenway Trail. This section connects Ritter Springs Park with Lost Hill Park, just north of the city, and much of it follows the Sac River.

For nearly four years, the city of Springfield worked with Ozark Greenways to plan and develop the latest 1½-mile section of the trail, which officially opened to the public in July 2020. Ozark Greenways is a local organization focused on building trail systems and connecting communities through nature. The entire 7-mile trail connects the city with wildlife habitat full of native grasses, wildflowers and trees.

The completion of the project could not have come at a better time. As the COVID-19 pandemic surges throughout the U.S., more and more people are relying on outdoor activities.

“This unprecedented demand for places to bike, walk and wheel highlights the value that trails have always delivered to communities. Connected trail systems protect and conserve our outdoors, support healthy activity, provide transportation choices for all, and serve as catalysts for transformative community development and redevelopment,” said Mary Kromrey, executive director of Ozark Greenways. “We are thrilled that this partnership has created a space that so many people want and need right now.” 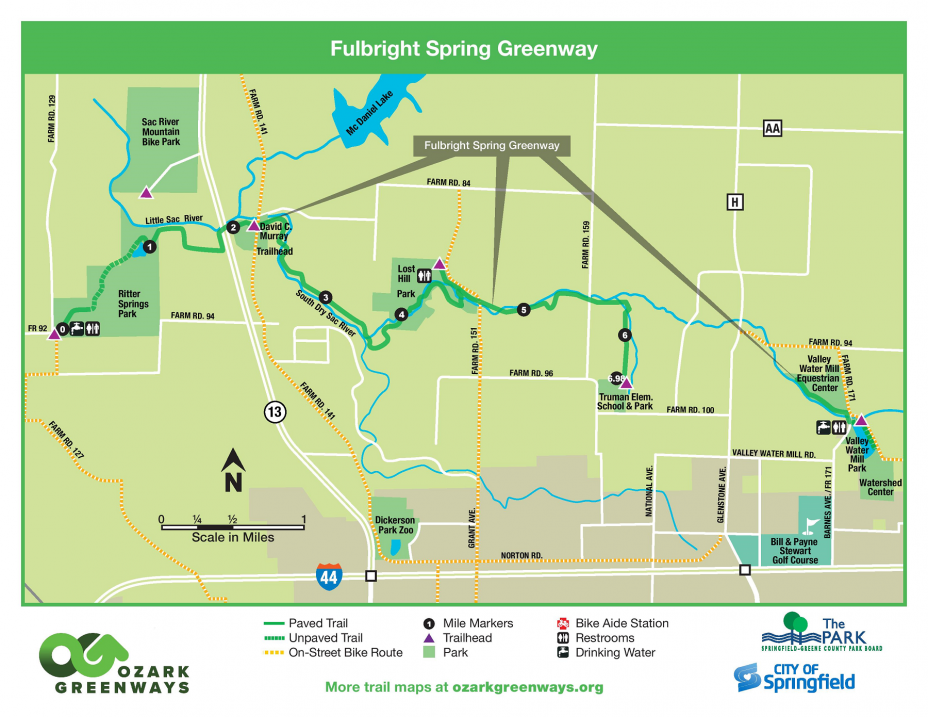 From 1962 to 1968, Springfield used the Fulbright Landfill for the disposal of industrial waste, which was disposed of in long trenches alongside the Sac River, a standard practice for the time. Once the trenches were full, they were covered with soil. The landfill lay untouched for a decade before, in 1978, a local geology student discovered high concentrations of copper, chromium and manganese in the soil.

In September 1983, EPA placed the Fulbright Landfill on Superfund’s National Priorities List (NPL). In 1988, the potentially responsible parties (PRPs) completed investigations into the extent of contamination. EPA created a plan to address the contamination in 1988 and began cleanup.

Over the years, the riverbank eroded, exposing decades old debris and contaminated waste. A portion of this debris and waste was removed. Mesh mats and concrete blankets were placed along the riverbank to contain the remaining waste, and trees were planted along the bank to increase stabilization. EPA continues to conduct five-year reviews at the site to ensure the remedy remains in place and protective.

The latest section of the trail took just one year to design and construct, and builds on the success of decades of revitalization advocacy from local, state and federal entities, including: 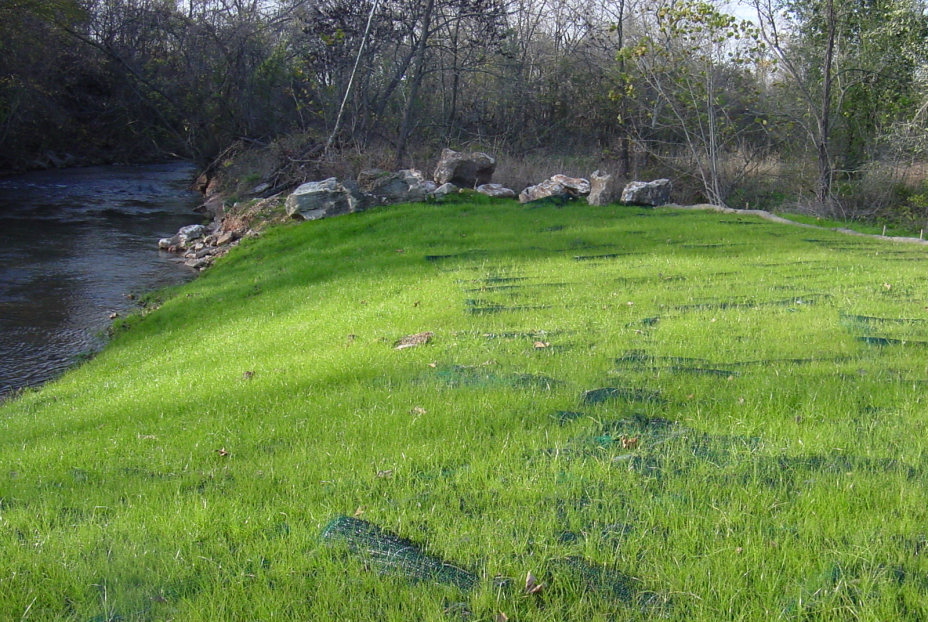 Streambank following cleanup. (Photo courtesy of Ozark Greenways.)In April 2016, EPA established that the site was ready for reuse and redevelopment. Ozark Greenways began fundraising for the site in 2016 and initiated the required National Environmental Policy Act review, which took 22 months to complete. Ozark Greenways then contracted construction companies in 2019, and that 1½-mile trail section was completed in early 2020.

The organization plans to add additional sections to the Fulbright Spring Greenway Trail in the future.

Though the land has been revitalized, EPA continues to monitor the site to ensure long-term protection from contaminants. EPA is working on its Sixth Five-Year Review of the site, which will be completed this year. The Agency will conduct these reviews indefinitely.

“Working with the city of Springfield and Ozark Greenways to utilize part of the Fulbright Landfill Superfund Site as a recreational trail is a huge success and another example of how creative thinking and collaboration can turn an old landfill into a productive use for the community,” said Tonya Howell, EPA Region 7 superfund remedial project manager.