A Town, a Flood, and Superfund: Looking Back at the Times Beach Disaster Nearly 40 Years Later 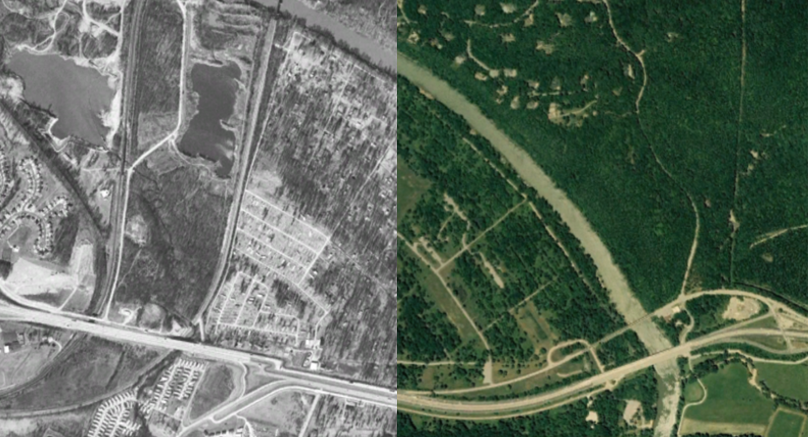 The striking images above show one town, but two entirely different landscapes. On the left, abandoned homes dot the gridded street plan. On the right, 19 years later, trees have begun to cover the street lanes in the empty community.

This town, Times Beach, Missouri, was the site of one of the worst environmental disasters in our nation’s history. Nearly 40 years ago, an individual was paid to spray material on the roads to suppress the dust in this small Midwest town. What the town didn’t know was that he was spraying those roads with a mixture of the highly toxic chemical compound, dioxin, and waste oil. When the town was inundated by a terrible flood in December 1982, that toxic mix spread beyond the roads and covered the town.

As part of EPA’s 50th anniversary commemoration, we look back on the events surrounding the Times Beach disaster. Over its 50-year history, EPA’s enforcement and compliance work has played an integral and crucial role in protecting human health and the environment. The Times Beach tragedy was one of several like it at the time and helped spur the creation of the Superfund law, paving the way for countless cleanup and remediation actions at sites across the country.

Here is the story about that Times Beach tragedy. 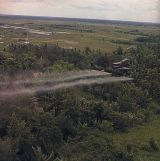 A UH-1D helicopter sprays a defoliation agent on a dense jungle area in the Mekong Delta of Vietnam, 1969. (Photo credit: National Archives)At a facility in Verona, Missouri, the chemical company Hoffman-Taff produces 2,4,5-trichlorophenoxyacetic acid (2,4,5-T) for the U.S. Army, as part of the production of the defoliant commonly referred to as Agent Orange. In 1969, Hoffman-Taff leases portions of the plant to Northeastern Pharmaceutical & Chemical Company (NEPACCO) for hexachlorophene production, and sells the facility to the Syntex companies.

The production of 2,4,5-T and hexachlorophene generates the hazardous by-product of 2,3,7,8-tetrachlorodibenzo-p-dioxin (dioxin), which is stored at the facility in tanks. Dioxin is highly toxic and can cause cancer, reproductive and developmental problems, damage to the immune system, and hormone interference.

Bliss then mixes the dioxin with waste oil. The mixture is used for dust suppression on dirt roads and horse tracks throughout Missouri. In fact, Bliss sprays more than 25 locations with the dioxin-contaminated mixture, including the town of Times Beach.

At one site, Shenandoah Stables, over 40 horses die from the toxic mixture Bliss sprayed on the dirt surfaces in and around the arena where horses were trained and rode. Birds, cats and dogs are also found dead near the arena. When the 6-year-old daughter of the stable owner becomes terribly ill, the Missouri Department of Health and the U.S. Centers for Disease Control and Prevention (CDC) investigate.

After tracking down the source to the toxic mix of chemicals that Bliss sprayed to suppress dust, the federal government mobilizes resources to investigate the dioxin contamination and where it was sprayed and stored by Bliss.

The Comprehensive Environmental Response, Compensation and Liability Act (CERCLA), commonly known as Superfund, creates a fund for addressing the dangers posed by toxic waste dumps. The Love Canal tragedy, in addition to widespread concern about dioxin contamination, are key events that spurred its passage.

Flooding along Meramec River,  December 1982. (Photo credit: National Weather Service)Residents of Times Beach are forced to evacuate. Fearing that the flooding had spread the dioxin, CDC and EPA recommend that the town of Times Beach not be reinhabited.

February 1983: EPA announces a federal buyout of the town 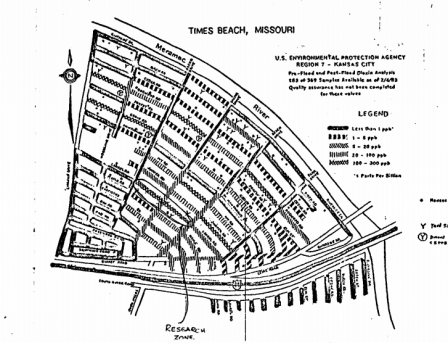 Pre- and post-flood dioxin analysis of Times Beach sites by EPA Region 7.Dioxin levels in the town are found to be 300 times what the CDC considers safe. The agency also recommends the permanent relocation of the town’s more than 2,000 residents.

Speaking from a locked conference room in a hotel near Times Beach, EPA Administrator Anne Burford announces that EPA will buy out 800 residential properties and 30 businesses in Times Beach using Superfund dollars. Hundreds of residents gather outside to hear the announcement over the loudspeakers.

EPA issues a news release for the announcement of the joint federal/state action on Feb. 22, 1983.

Later, Times Beach becomes one of the first sites to be added to the National Priorities List (NPL). 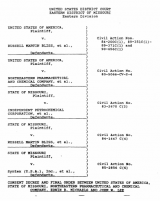 Homes, businesses, and even the town water tower have to be incinerated to safely clean up the site. The remains are buried in a “town mound.”

EPA and the state of Missouri determine that the site no longer poses a significant threat to public health or the environment. The site is deleted from the NPL. 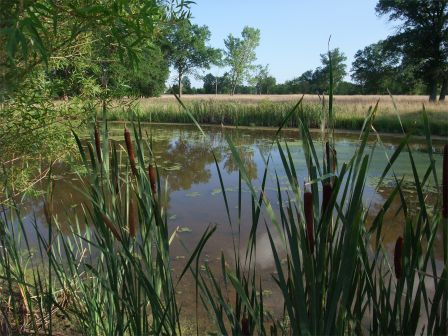 Cyclists at Route 66 State Park. (Photo credit: Missouri State Parks)The former site of Times Beach, once considered to be one of the most toxic sites in the country, is now a resilient green space for those seeking a getaway to nature.

Route 66 State ParkExitoffers a boat launch that provides quick access to the Meramec River where fishermen cast for bass, catfish and trout. A picnic area and playground offer spots to unwind. And it’s typical to see people hiking, cycling, and even riding horses on the park’s trails.

A boater at Route 66 State Park. (Photo credit: Missouri State Parks)However, those who know what to look for can discover small reminders of the town of Times Beach. The park’s visitors center, for example, is located in the only Times Beach building left standing – the former Bridgehead Inn. Or one can walk the “mound” in the park – the spot where the incinerated buildings and belongings of the people of Times Beach are buried.

For EPA, the site represents a turning point in the history of the Agency, with the tragedy underscoring the need for strengthened enforcement measures and eventually spurring the passage of the Superfund law. Since its enactment in 1980, the law has helped to restore more than 400 sites to safe and healthy businesses, residences or, as in the case of Times Beach, thriving parks.

For more on EPA’s 50th anniversary and how the Agency is protecting America’s waters, land and air, visit: www.epa.gov/50, or follow EPA on social media using #EPAat50.