Enterococci are bacteria that live in the intestinal tracts of warm-blooded animals, including humans, and therefore indicate possible contamination of streams and rivers by fecal waste. Sources of fecal indicator bacteria such as enterococci include wastewater treatment plant effluent, leaking septic systems, stormwater runoff, sewage discharged or dumped from recreational boats, domestic animal and wildlife waste, improper land application of manure or sewage, and runoff from manure storage areas, pastures, rangelands, and feedlots. There are also natural, non-fecal sources of fecal indicator bacteria, including plants, sand, soil and sediments, that contribute to a certain background level in ambient waters and vary based on local environmental and meteorological conditions. 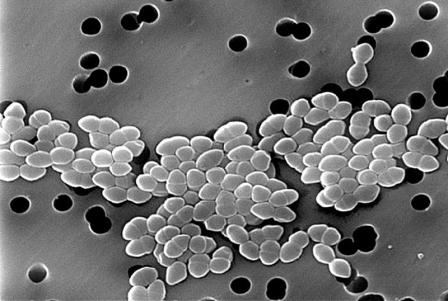 Why is it important to evaluate enterococci?

Enterococci are indicators of the presence of fecal material in water and, therefore, of the possible presence of disease-causing bacteria, viruses, and protozoa. These pathogens can sicken swimmers and others who use rivers and streams for recreation or eat raw shellfish or fish. Other potential health effects can include diseases of the skin, eyes, ears and respiratory tract. Eating fish or shellfish harvested from waters with fecal contamination can also result in human illness.

What can enterococci tell us about the condition of water?

Enterococci are typically not considered harmful to humans, but their presence in the environment may indicate that other disease-causing agents such as viruses, bacteria, and protozoa may also be present. Significant amounts of enterococci in a water body can negatively affect the recreational and economic value of the aquatic resource. Overabundance of fecal bacteria in the water can cause beach closures, swimming and boating bans and closures of fishing and shellfishing areas.