What Are Probability Surveys? 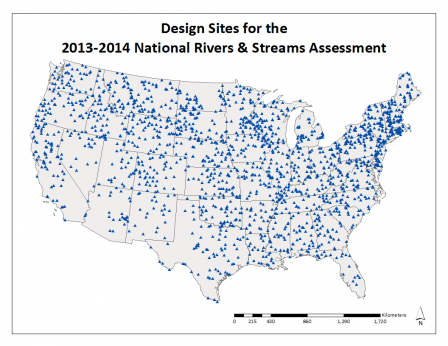 The National Aquatic Resource Surveys (NARS) use probability-based survey designs in order to achieve the objectives of assessing the condition of the nation’s waters. Probability surveys are widely used in many disciplines, such as in medical studies and political opinion polls, where information is needed about a population that is too large to allow every individual to be sampled.

In probability surveys (also known as sample-surveys or statistical surveys), sampling sites are selected randomly. Each sampling site represents a specific portion of the total resource or population of interest such as all river and stream length in the nation. Because of the statistical nature of site selection, results from the sample population can be extrapolated to the entire population. For this reason, probability surveys are well suited for making unbiased assessments of the condition of an entire resource across large geographic areas without monitoring every waterbody.