This page provides information about the sites to be addressed using funds from the 2015 Tronox Bankruptcy Settlement Agreement.

In 2015, EPA recovered almost $1 billion from a litigation settlement to address over 50 mines for which Kerr McGee Corporation and its successor, Tronox, have responsibility (Press Release). Navajo Nation received more than $40 million from the settlement.

The Tronox Incorporated bankruptcy settlement provides for the payment of funds, either directly to environmental regulators or through the trusts created pursuant to the settlement agreement, in connection with numerous sites and facilities throughout the country. The payments for these sites will address a wide variety of environmental contamination. 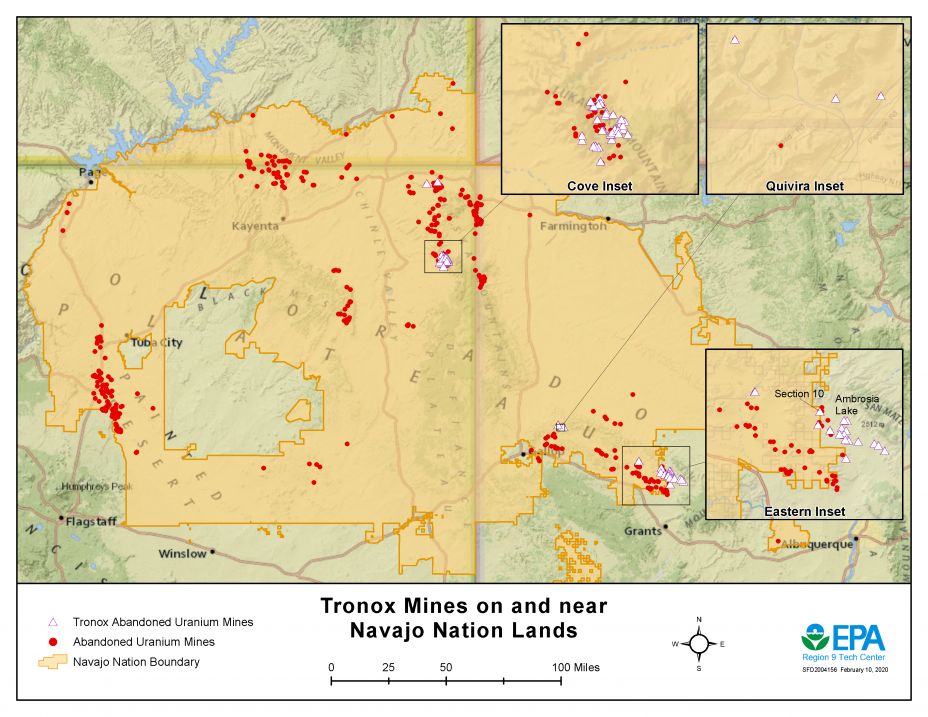