“EPA is making a real difference in many communities across Maine – whether it’s through Brownfields grants or delivering regulatory relief for Lobstermen,” said EPA Administrator Andrew Wheeler. “The Trump Administration’s mission is pretty simple regarding the environment – ensure that all Americans, regardless of their zip code, have clean air, clean water, clean land, and enjoy a regulatory environment that helps create jobs.”

“EPA has a longstanding commitment to protecting public health and the environment in Maine as well as providing resources to communities that drive economic prosperity,” said EPA New England Regional Administrator Dennis Deziel. “The Brownfields grants highlighted today help show that that environmental protection and economic development can go hand-in-hand in Maine.”

The Maine Port Authority, located in an Opportunity Zone, received a $500,000 Cleanup Grant in Fiscal Year (FY) 2019 for the Portland International Marine Terminal Cold Storage Site to cleanup coal ash, polycyclic aromatic hydrocarbons, metals, and volatile and semi-volatile organic compounds. After cleanup, this project, a top priority for the State of Maine, will serve as a state-of-the-art cold storage and seafood processing facility strategically and ideally located for Northern New England transportation. The facility could make the International Marine Terminal more competitive; benefit local food, beverage and biomedical producers; and secure connections from Maine to international markets through shipping routes.

The 21-acre site operated as a manufactured gas plant until it was decommissioned in 1965. Most recently, the site was used for a natural gas/propane distribution facility until the final year of the Obama Administration before leaving it vacant.

Thompson’s Point, a former transportation yard, is now home to several commercial, industrial, and educational development projects such as vibrant entertainment venues, museums, restaurants, and breweries. Thompson’s Point was originally developed in the late 1800’s as a railroad yard for the Maine Central Railroad. From the 1960s through the 1980s, the railroad tracks were removed from the site, and a variety of industrial and commercial business occupied the adjoining buildings. None of the buildings were well maintained and the entire peninsula was mostly vacant and blighted by the early 2000s. EPA grantees have since invested $127,000 at the site and utilized $1.8 million in Brownfields cleanup funding to date, leveraging over $30 million in additional private funding, and this figure will continue to grow as the development proceeds.

One of the parcels at Thompson’s Point is under construction to become the Children’s Museum and Theater of Maine. The Children’s Museum & Theatre of Maine received $500,000 cleanup grant in FY 2019 and a $170,000 subgrant from the Portland Brownfield Revolving Loan Fund to remediate lingering contamination from former commercial operations as a rail yard. The cleanup plan will include management of contaminated soils on site through installation of an engineered barrier system that will be incorporated into the redevelopment.

Under President Trump, EPA has awarded $12.2 million in competitive Brownfields grants to the State of Maine. During that same time period, EPA grantees have assessed 206 sites and cleaned up 26 sites across the state. Long term EPA investment in Maine has resulted in 192 properties being made ready for reuse, $453 million in additional leveraged funds, and 3,777 jobs.

EPA has delivered approximately $287 million in Brownfields grants directly to communities and non-profits in need during the Trump Administration. In FY 2020, 151 communities were selected to receive 155 grants totaling $65.6 million in EPA Brownfields funding through our Assessment, Revolving Loan Fund, and Cleanup Grants. Of the selected communities, 118 can potentially assess or clean up brownfield sites in census tracts designated as federal Opportunity Zones.

At a press conference in Kennebunkport, Maine with the Maine Lobstermen’s Association and State Senator Robert Foley, Administrator Wheeler finalized amendments to the national marine diesel engine program to address the lack of available certified Tier 4 marine diesel engines for use in certain high-speed commercial vessels. This final rule provides much needed regulatory relief to boat builders and manufacturers of lightweight and high-power marine diesel engines. Specifically, this action will benefit America’s hardworking lobster fishermen and pilot boat captains, who rely on these engines for safe and productive operations in their high-speed commercial vessels. Without today's regulatory relief, boat builders would be unable to build these types of high-speed vessels, leaving those in the market for a new boat the choice between either purchasing underpowered, unsuitable vessels or using existing vessels with older, dirtier engines.

“We appreciate the EPA listening to and addressing the concerns of hard working Lobstermen and boatbuilders from Maine. Delaying the implementation of the Tier 4 requirements for Commercial Fishing boats allows the industry to better address safety and availability issues,” said Maine Lobstermen's Association President Kristan Porter.

“This is great news for the First District and our ports,” said U.S. Congressman Earl L. “Buddy” Carter (GA-01). “This rule will ensure bar pilots in Savannah and Brunswick are able to get the boats they need to do their jobs. Without this change to the rules, the pilots could have been forced to scale back their critical work which is required for every ship to enter and exit both the Ports of Savannah and Brunswick. The ports could have been devastated without this rule change. Instead, they will now be able to keep cargo traffic moving. I thank the EPA for their hard work on this issue.”

“Due to the unique design of Maine lobster boats, at this time there are not Tier 4-compliant diesel engines available on the market that can safely fit in these types of vessels. This delay in the implementation of the Tier 4 emission standards for commercial lobster-style boats should provide engine manufacturers time to design and certify engines that will both comply with Tier 4 emission standards and work safely and efficiently in these boats. It also prevents lobstermen from being burdened by requirements that are impossible to meet with the currently available technology,” said U.S. Senators Susan Collins and Angus King and U.S. Representatives Chellie Pingree and Jared Golden in a joint statement. “We are pleased to have worked together with the EPA to find a commonsense solution that supports Maine boat builders and lobstermen.”​ 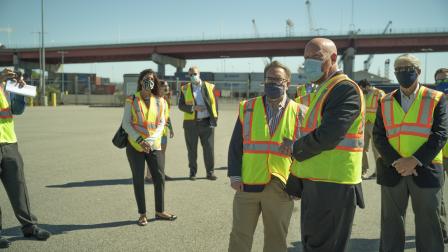 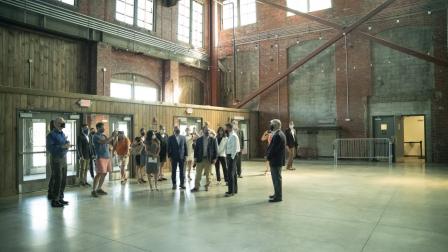 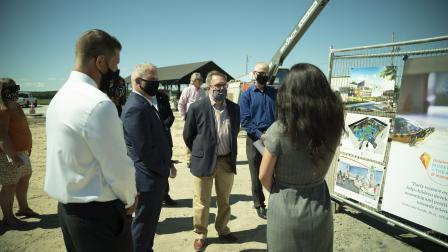 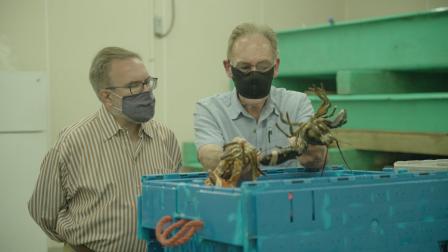 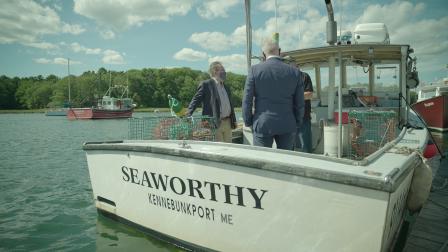 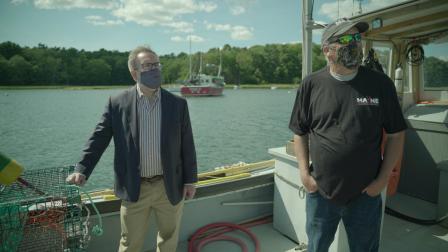