EPA Administrator Wheeler meets with local NGOs at FreshDirect and later serves meals to the hungry with food redirected from Yankee Stadium.

“Addressing the problem of food waste will take cooperation across the public and private sectors, so it was a pleasure to meet with some of the leading organizations and companies committed to eliminating wasted food in New York City and across the country,” said EPA Administrator Andrew Wheeler. “The Trump Administration is working closely with our state and local partners to transform wasted food into solutions that feed communities, fuel our economy, and maximize our resources.”

Administrator Wheeler toured the FreshDirect facility, one of the east coast's largest online grocery store, and later participated in a U.S.-New York City Food Waste Reduction Roundtable discussion with CEOs and other leaders from EPA Region 2, City Harvest, ReFED and PepsiCo – a U.S. Food Loss and Waste 2030 Champion. Administrator Wheeler took this opportunity to update these organizations on EPA’s various work to combat the issue of food waste.

“As New York City’s largest food rescue organization, City Harvest appreciates the EPA’s commitment to reducing food waste nationwide,” said City Harvest CEO Jilly Stephens. “More than 40 million people in the United States—including nearly 1.2 million New Yorkers—experience food insecurity, while at the same time over one-third of the food produced in the country is wasted. City Harvest is dedicated to working with producers and businesses who have excess food to redirect it to those who don’t have enough. This year, we will rescue 64 million pounds of food that would otherwise go to waste, and deliver it, free of charge, to hundreds of soup kitchens, food pantries, and community partners across New York City that help feed New Yorkers in need.”

"Every year, forty percent of the food produced in our country goes uneaten, costing $218 billion dollars,” said ReFED Executive Director Chris Cochran. “Meanwhile, millions of Americans remain food insecure. We know that reducing food waste is not just critical for our economy and people, but it's also one of the most impactful ways to address climate change. The time to act is now. That's why we're proud to be working alongside the EPA, FDA and USDA to take significant steps towards achieving 50% food waste reduction by 2030."

Administrator Wheeler later joined Syd Mandelbaum with the Rock and Wrap It Up! organization to serve lunch to local residents at Woodycrest United Methodist Church with food diverted from nearby Yankee Stadium. Rock and Wrap It Up! is an EPA 2018 Food Recovery Challenge regional award winner and has received this award for several years running.

EPA has taken significant measures to highlight the need to reduce food waste nationally, including working with President Trump and the U.S. Department of Agriculture (USDA) to successfully designate April 2019 as “Winning on Reducing Food Waste Month” in order to place more national attention on the need to address this important issue.

During the month of April 2019, Administrator Wheeler and leadership from USDA and FDA convened a summit at EPA bringing state and local stakeholders together to form partnerships with leading food waste reduction non-governmental organizations. At this event, over 30 governmental organizations signed onto a new pledge in which state, local, tribal and territorial government organizations solidify interest in working with the federal government to continue to build upon existing efforts back home to reduce food waste and loss. Also at the summit, EPA announced $110,000 in funding for food waste management and infrastructure projects (to expand anaerobic digestion capacity) in Wisconsin, Vermont, and Washington. EPA also opened a Small Business Innovation Research Grants program solicitation in 2019, which included “preventing food waste” as a topic.

In October 2018, EPA, the U.S. Food and Drug Administration (FDA), and the USDA signed a formal agreement to align efforts across the federal government to educate consumers, engage stakeholders, and develop and evaluate solutions to food loss and waste.

For more information on all of EPA’s ongoing food loss and waste reduction efforts, visit: www.epa.gov/sustainable-management-food. 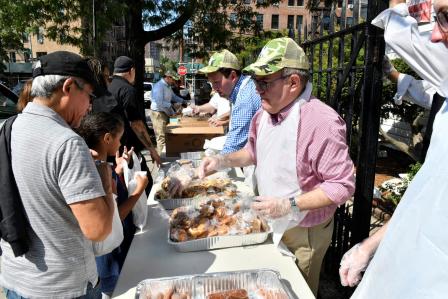 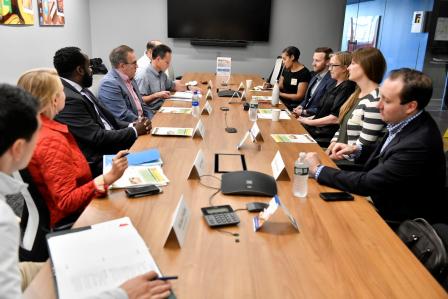