“Disney’s commitment to cutting food losses in its operations is a demonstration of what can be done to keep wasted food from entering our country’s landfills,” said EPA Administrator Andrew Wheeler. “The Food Loss and Waste 2030 Champions group now has over 30 members, and EPA will continue to help this group reach our collective goals.”

Administrator Wheeler kicked off his visit to Walt Disney World Resort by meeting with Disney Parks Vice President of Animals, Science and Environment Dr. Mark Penning where they discussed how industry leaders can help the public significantly reduce their food waste footprint.

Walt Disney World Resort joined the EPA / U.S. Department of Agriculture (USDA) U.S. Food Loss and Waste 2030 Champions group in April 2020. The group periodically reports on its progress specific to food loss and waste reduction activities, which are a key part of The Walt Disney Company's environmental sustainability goals, including diverting 60 percent of waste from landfills and incinerators. Walt Disney World’s efforts in contributing to this broader company goal include collecting food scraps from kitchens, hosting multiple composting initiatives across the resort, and using new tools to record and monitor food waste in real-time.

“Walt Disney World remains focused on doing our part to make a positive difference in the environment now and in the future,” said Dr. Mark Penning, Vice President of Animals, Science & Environment at Walt Disney World Resort. “Our commitment in this area is taken to heart and infused into our day-to-day business operations, and we’re honored to join the 2030 Champions group on this important mission.”

EPA estimates over 76 billion pounds of food is wasted every year and that more food reaches landfills and incinerators than any other material in everyday trash as landfills are currently the third largest source of human-generated methane emissions in the U.S.

Dr. Mark Penning and other Disney leaders then took Administrator Wheeler and EPA staff on a tour of a kitchen where he was shown how tools and processes help capture food waste and recyclables.

Administrator Wheeler concluded his visit by participating in a Behind the Seeds greenhouse tour in “The Land” pavilion at EPCOT, which is available for guests to enjoy and showcases Walt Disney World’s agriculture and aquaculture practices in action. 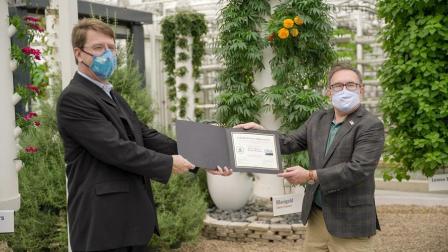 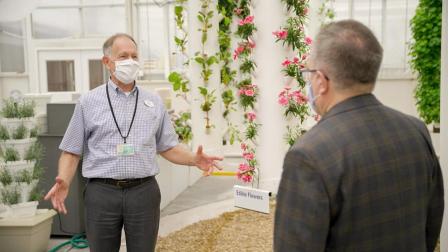