The meeting was highlighted by Administrator Wheeler’s re-affirmation of the EPA Policy for the Administration of Environmental Programs on Indian Reservations, which is a tradition that all EPA administrators have continued since the original policy - the cornerstone for EPA’s tribal program - was signed in 1984. The EPA was one of the first federal agencies with a formal policy specifying how it would interact with tribal governments and to consider tribal interests in carrying out its programs to protect human health and the environment.

“For 25 years, the NTOC has played a critical role in advancing EPA’s partnership with tribes to strengthen public health and environmental protections in Indian Country,” said EPA Administrator Andrew Wheeler. “Today, I was honored to reaffirm that the 1984 Indian Policy is, and will remain, the foundation of EPA’s tribal program.”

Discussions at the day-long meeting included Waters of the United States, tribal considerations for state-delegated programs, lead management in Indian Country, and EPA’s efforts to improve environmental program processes. For each topic, areas for continued collaboration were highlighted. Donald Welsh, executive director of the Environmental Council of the States, also joined discussions to represent the role of states in EPA’s management of its tribal program.

The National Tribal Caucus is comprised of elected officials and tribal government employees from 9 of EPA’s 10 regions. The caucus was created in 1994 by EPA Administrator Carol Browner to serve as an advising body for EPA leadership in their management of programs in Indian Country.

The NTOC meeting was part of a series of meetings between EPA leaders and tribal members this week in Washington, D.C., to discuss the agency’s tribal program.

The Bureau of Indian Affairs legally recognizes 573 Native American tribes. EPA’s Office of International and Tribal Affairs leads and coordinates the agency-wide effort to strengthen public health and environmental protection in Indian Country, with a special emphasis on helping tribes administer their own environmental programs.

For more information about the EPA’s programs in Indian Country, visit https://19january2021snapshot.epa.gov/tribal. 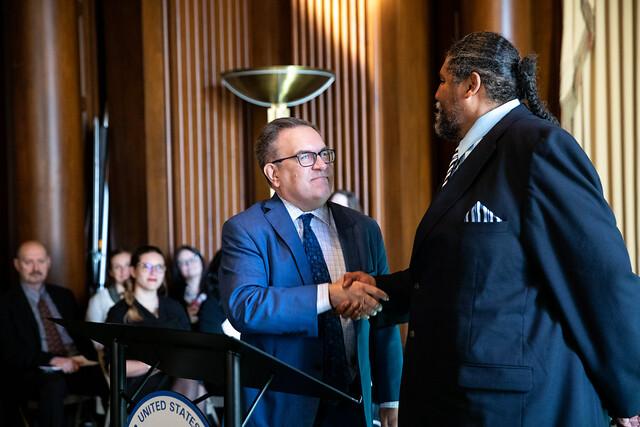 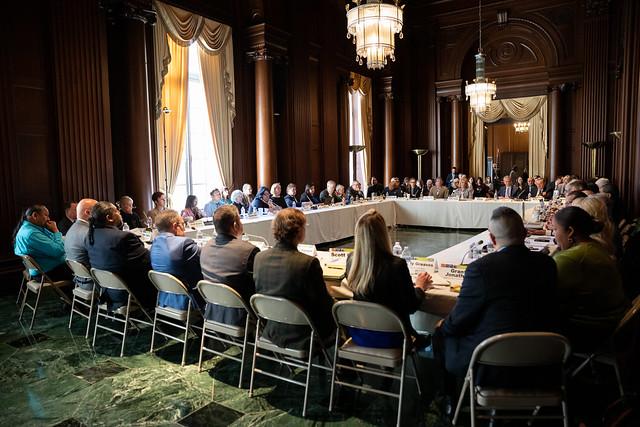 The National Tribal Operations Committee meets on Wednesday, April 10, 2019, at EPA headquarters in Washington D.C. marking the 25th year of this important discussion between EPA leadership and tribal representatives from across the country.